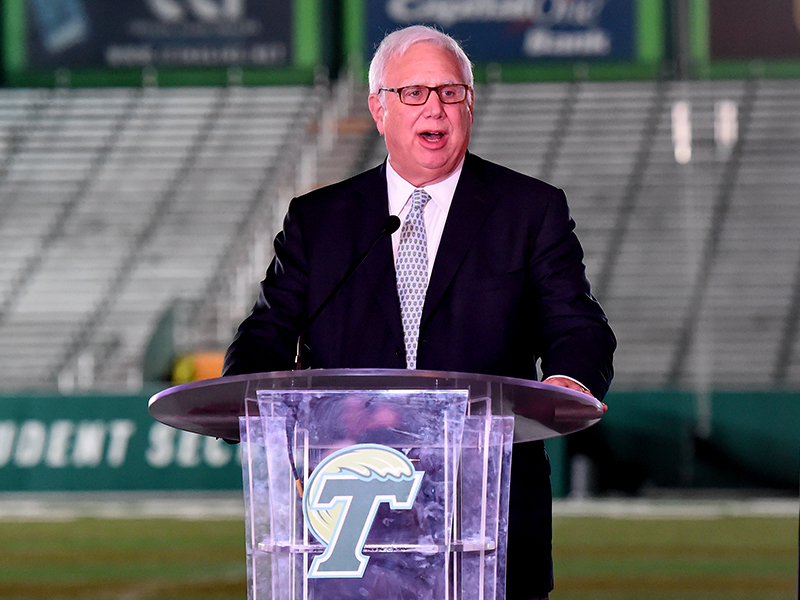 Tulane President Emeritus Scott Cowen, long an advocate for reform in college athletics, has been appointed to the Knight Commission on Intercollegiate Athletics, an independent watchdog that works to reconnect college sports with the educational mission of American colleges and universities.

The Knight Commission was established by the John S. and James L. Knight Foundation in October 1989 in response to more than a decade of highly visible scandals in college sports. As a result of the Commission’s efforts, significant strides have been made to ensure that intercollegiate athletics programs operate within the mission of their colleges and universities.

"The Commission has been a beacon of hope for the future of intercollegiate athletics."

Among the Commission’s recommendations adopted by the NCAA are stronger academic standards for athletes, a requirement that teams be on track to graduate at least half of their players in order to be eligible for postseason competition, multiyear scholarships for athletes and increased campus engagement and accountability through self-assessment programs.

Cowen served as Tulane’s 14th president from July 1998 through June 2014. TIME magazine named Cowen one of the nation’s Top 10 Best College Presidents, and he has received national recognition for guiding Tulane through its rebuilding after Hurricane Katrina. In addition, Cowen helped to spearhead changes to the former Bowl Championship Series and served on the NCAA Board of Directors and its Executive Committee.