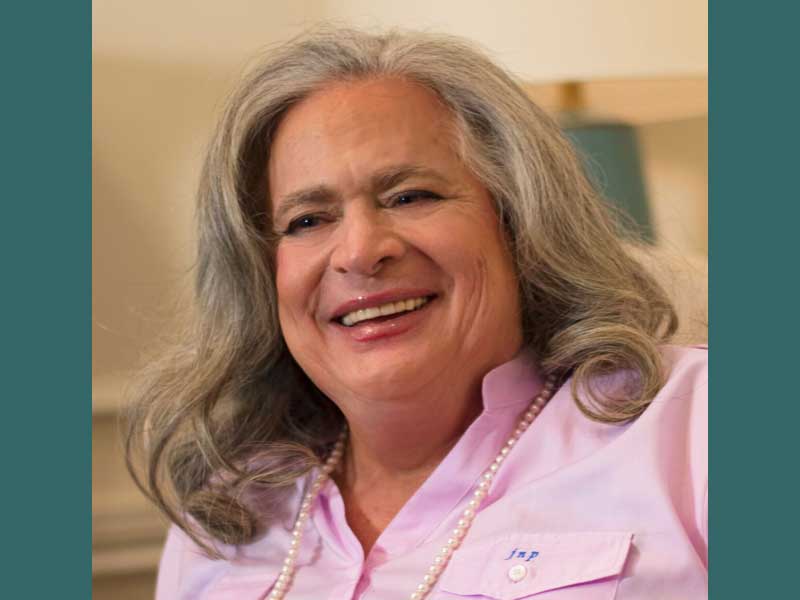 Tulane University has received a $1 million gift—and an additional matching challenge grant of up to $1 million—from the TAWANI Foundation, led by Colonel (IL) Jennifer N. Pritzker, IL ARNG (Retired). The gift will establish the Audrey G. Ratner Excellence Endowed Fund for American Jewry and Jewish Culture in the School of Liberal Arts—moving the Department of Jewish Studies significantly closer to its goal of creating a world-class hub of Jewish learning dedicated to the innovative and holistic study of American Jews.

“Despite the challenges posed by the ongoing pandemic, Tulane University continues to do impressive work and prioritizes focusing on its students,” Pritzker said. “Education is such an important tool, and I’m proud to know this contribution will help others grow their understanding of American Jewish history and culture.”

“Despite the challenges posed by the ongoing pandemic, Tulane University continues to do impressive work and prioritizes focusing on its students."

“This gift greatly enhances Tulane’s capacity in a vital area of scholarship, allowing us to engage in a deeper and broader study of the Jewish experience and how it has shaped the history of our nation and world. We are most grateful to the TAWANI Foundation and Col. Pritzker for this generous support of our academic mission and students,” he said.

The Ratner Jewish Leadership Course will combine academic coursework on Jewish culture and life with experiential learning opportunities and community service projects. The goal is to develop critical leadership and management skills in both Jewish and non-Jewish students, with a focus on the American Jewish experience.

The Ratner Speaker Series will bring renowned scholars, artists, and Jewish leaders to campus to lead robust conversations about American Jewish culture, history and ideas, as well as present roundtables, films and other events in conjunction with the Stuart and Suzanne Grant Center for the American Jewish Experience.

“Tulane’s Department of Jewish Studies has emerged as a national leader through its unique focus on the history and experience of American Jews,” said Brian Edwards, dean of the School of Liberal Arts. “The generosity of the TAWANI Foundation builds on the transformative gift that allowed us to establish the Grant Center last year and seeds a range of curricular innovations and programs that forge important connections between the classroom and communities beyond our campus.”

The initial $1 million gift will establish the Ratner Jewish Leadership Course, support an annual lecture within the Ratner Speaker Series, and enable the hiring of a program manager to oversee activities and develop synergies with Hillel, the Grant Center, the Center for Public Service and other entities.

“This gift will allow us to unlock something truly extraordinary,” said Michael Cohen, department chair, Stuart and Suzanne Grant Chair in the American Jewish Experience, Director of the Grant Center for the American Jewish Experience and the Sizeler Professor of Jewish Studies. “We are poised to create tomorrow’s leaders, and this challenge will take us to the next level.”

The $1 million matching challenge aims to inspire other donors to step up as stakeholders in the department. The challenge will maximize the impact of every new gift, dollar for dollar, and encourage the creation of named endowments, whether toward individual lectures within the Ratner Speaker Series or other initiatives that support the purpose of the Audrey G. Ratner Excellence Endowed Fund for American Jewry and Jewish Culture.

The match challenge will bolster the American Jewish Studies Excellence Endowed Fund by establishing flexible programming that supports the Department of Jewish Studies’ core mission. It also will provide meaningful academic connections between students and faculty.

Audrey Ratner, a longtime champion of education and literacy, is the wife of Cleveland businessman Albert Ratner. As a special-education teacher at the Francis W. Parker School in Chicago, she became particularly interested in dyslexia and other learning-style differences and has focused much of her philanthropy toward the teaching of reading. Ratner has three children including Jennifer Pritzker; two stepchildren; and numerous grandchildren, two of whom are Tulane alumni: Andrew A. Pritzker (LA ’14) and Emily F. Ratner (LA ’07).

Pritzker has received numerous awards and honors for her activism and philanthropy—including the U.S. Department of Defense Spirit of Hope Award, the Landmarks Illinois Legendary Landmark Award, and the YWCA Metropolitan Chicago’s “Trailblazer” award—and has an honorary doctorate from Norwich University.