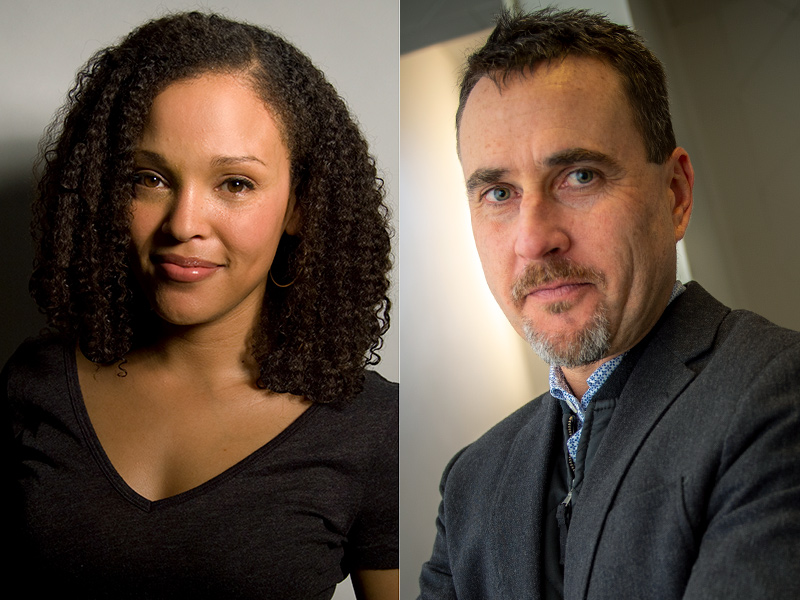 Recent books from Tulane English professors Jesmyn Ward (left) and Zachary Lazar (right) have been named as the official reading selections for two American cities in 2019. (photo by Paula Burch-Celentano)

A pair of Tulane University English professors has earned the distinct honor of having their respective books named the official reading selections for two American cities in 2019.

The One Book movement is a community reading program that began in 1998 and invites everyone in a city to read and discuss the same book.

One Book One New Orleans promotes literacy and community, providing literacy resources to adults and emphasizing the importance of dialogue between diverse groups of people.

Published in 2018, “Vengeance” was inspired by a passion play called “The Life of Jesus Christ” which Lazar witnessed at the Louisiana State Penitentiary at Angola, La. In the book, the narrator tries to unravel the truth behind the supposed crime of Kendrick King, an inmate he meets and befriends, who is serving a life sentence at Angola for murder.

“My book deals with some painful subjects, but it's also about loving New Orleans, not just falling in love with it, which are two different things,” Lazar said.  “I am very honored to be embraced by this city in this way.”

One Book, One Philadelphia is a signature event of the Free Library of Philadelphia that promotes literacy, library usage, and citywide conversation by encouraging the entire greater Philadelphia area to come together through reading and discussing a single book.

Ward’s third novel, “Sing, Unburied, Sing,” which critics compared to works by William Faulkner and Toni Morrison, won the National Book Award for fiction and was selected as the Time Magazine Best Novel of the Year that same year.

Ward became the first African-American author and the first woman to receive two National Book Awards. She previously won the award with her 2011 novel, “Salvage the Bones.” Ward’s memoir, “Men We Reaped,” is also the One Book, One Philadelphia adult companion selection for 2019.

“I’m honored my book was chosen to be a One Book, One Philadelphia selection,” Ward said. “I'm grateful that my characters will live and breathe for the people of Philadelphia, and I hope they find something of themselves in my work."

“Sing, Unburied, Sing” chronicles a black family on an odyssey of sorts in rural Mississippi. The story features a 13-year-old boy named Jojo, whose drug-addicted mother takes him and his toddler sister on a road trip to pick up their white father when he is released from prison.