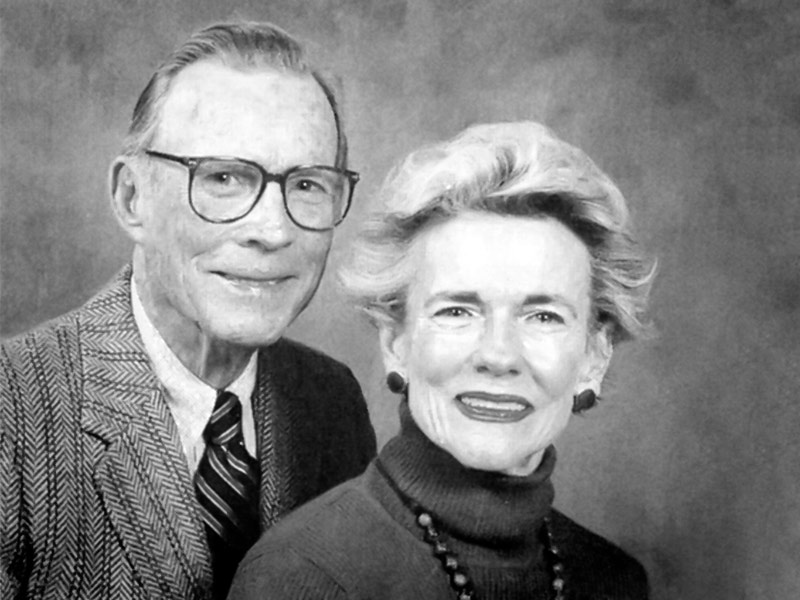 For seven decades, internal medicine physician Dr. John Winton Deming (M ’44) and his family have been making a profound impact on Tulane University and Tulane University School of Medicine. Now, his family’s tremendous generosity is reaching new heights with a $25 million gift that will transform and strengthen the Department of Medicine’s research enterprise.

The gift is the largest in the School of Medicine’s history.

Bertie Deming Smith, John Deming’s wife of 50 years chose to honor her husband in a way truly befitting the doctor and scholar that he was. “By making this gift, I wanted to pay tribute to John’s deep love for Tulane and his belief in the importance of education,” Deming Smith said. The gift, naming the John W. Deming Department of Medicine, honors an extraordinary physician and civic leader who believed strongly in education and in giving back to his community and to Tulane. John Deming passed away in 1996 at the age of 76.

“Tulane and the School of Medicine would not be where it is today without the exceptional commitment and remarkable foresight of the Deming family. No family has been as significant to the success of the school over the years,” said Tulane President Mike Fitts. “This is a gift that will build our research enterprise and encourage breakthroughs that we can only imagine today. This is a gift with an importance that will radiate well beyond our current boundaries.”

“This gift will give us the crucial funding to support the next generation of physician-scientists, working on tomorrow’s health care breakthroughs,” said Hamm. “As federal funding for research diminishes, the support of philanthropic visionaries like the Demings is of greater importance than ever before. Their help is crucial in supporting ongoing research, the most important enterprise of the future.” The Deming’s generosity will fund both clinical and translational research, which allows scientists to transform discoveries made in the laboratory into effective treatments, ultimately improving the health of patients.

John Deming enjoyed a deep connection to Tulane. An only child from the small town of Evergreen, Alabama, Deming attended Auburn University before he enrolled in Tulane School of Medicine. He was smart and driven, graduating first in his class from Tulane. “He always thought his time at Tulane was an important part of the person he became,” said his son, Claiborne P. Deming (A&S ‘76, L ‘79).

After he graduated from medical school, John Deming completed an internship at Charity Hospital in New Orleans, then served as a captain in the Army Medical Corps. He practiced internal medicine in Alexandria, Louisiana from 1950 to 1985 becoming known far and wide as a talented diagnostician with a gentle but effective bedside manner. “If you were sick and wanted to truly understand what was wrong, you wanted to go to John Deming,” said his daughter Catherine Deming Pierson (G ’78, SW ’89), an emeritus member of the Board of Tulane. “He practiced medicine in the days before advanced testing, which meant that he had to use his gift of listening to and connecting with his patients to make a diagnosis.”

Almost immediately when John Deming graduated from Tulane, he joined the ranks of the university’s top supporters, generous with his resources and time. He became a member of the Tulane board of administrators (one of the first members from outside New Orleans), an associate professor of clinical medicine, a charter member of the medical center’s board of governors and a recipient of the university’s distinguished alumnus award.