Alum advises grads to have patience with their careers 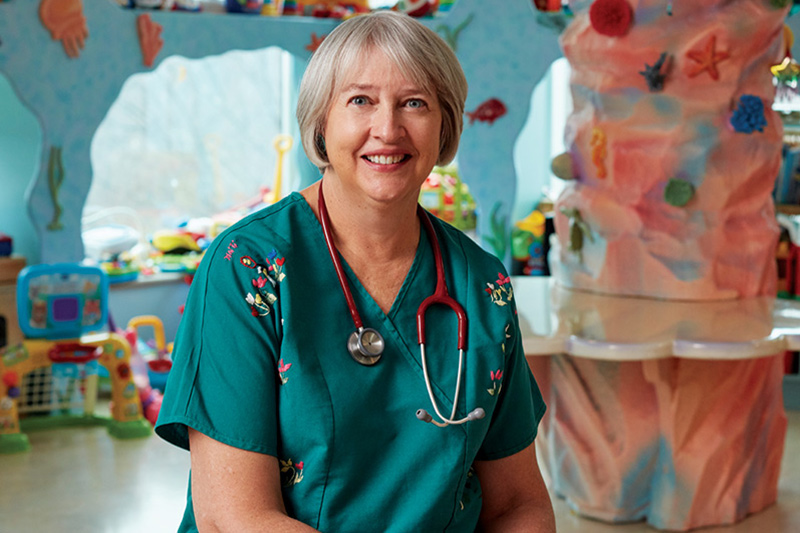 Barbara Weis, MD, a 1987 graduate of the School of Medicine and the School of Public Health and Tropical Medicine, directs Sante Total, a U.S.– based group that operates a temporary clinic in Jacsonville, Haiti. (Photo by Tracey Brown)

More than 30 years after Barbara Weis, MD, graduated from Tulane, she finally started to pursue the career that she originally envisioned for herself in international health.

After she served in the Peace Corps in Togo, West Africa, and then attended medical school, she expected to return to a developing country. Marriage to a research physicist changed that, prompting an unexpected route through New York and Baltimore. Since 2010, she has directed Sante Total, a U.S.– based group that operates a temporary clinic in Jacsonville, Haiti.

“Just because you start doing one thing, you can evolve over time and follow your interests.”

Sante Total visits Haiti three times a year for a weeklong clinic, where the doctors and medical students treat wounds, infections and other maladies in people for whom most health care is scarce.

“I take residents with me every time I go,” Weis said. “I’m actually teaching as part of [the clinic],” she said. “While we’re there, we discuss all the patients that they see … from a medical point of view, what you see there is amazing, like tropical diseases and advanced illnesses, all sorts of things that you would rarely see here in the United States.”

In both Haiti and Baltimore, she focuses on underserved populations.

“What’s rewarding about the job that I do is working with a very at-need population.” It “can be very challenging and has its frustrations, but I definitely feel like I can make a difference. The teaching part has been extremely rewarding, watching all the young physicians move on and develop their own careers,” she said.

Her own career path sparks advice for new doctors.

“Just because you start doing one thing, you can evolve over time and follow your interests. I didn’t get to do international health as I had planned in the beginning, but I’ve sort of come full circle.”