Alumnus leads new museum dedicated to Jews in the South 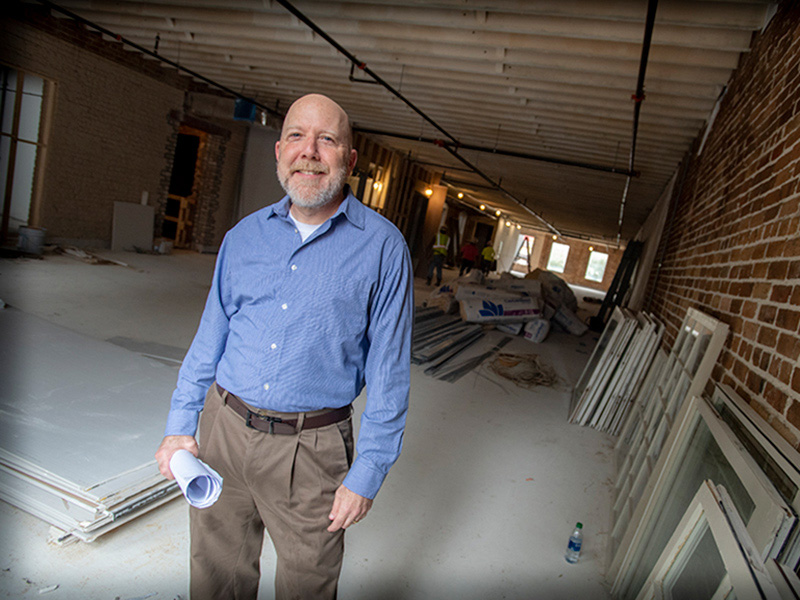 School of Arts and Sciences alumnus Kenneth Hoffman leads the Museum of the Southern Jewish Experience, which will open in New Orleans in 2021. The museum will illustrate Jewish life across 13 states through artifacts, photos and family stories. (Photo by Paula Burch-Celentano)

When the Museum of the Southern Jewish Experience (MSJE) opens in New Orleans early next year, it will bring together hundreds of stories that might otherwise have been lost to history. In its new executive director, the museum found an individual who early on knew the importance of preserving those stories.

Kenneth Hoffman (A&S ’88, G ’93), a former history major at Tulane, wrote as his master’s thesis a case study about Port Gibson, Mississippi, where many immigrant Jews settled and built a thriving community between the 1850s and 1930s. His exploration of Jewish life there and his extensive museum experience — he was previously director of education at the Louisiana State Museum and The National WWII Museum — would serve as a springboard to his leading the MSJE.

“It was a lot of fun doing that research and writing that paper for Bill Malone, who was my thesis adviser,” Hoffman recalled. “I got to know the roads between New Orleans and Port Gibson very well.”

Eventually, he and MSJE “kind of found each other. After a career in museums, I have come back to what I originally studied in grad school, so it's been a nice coming home.”

MSJE grew from a smaller museum that was once housed at Henry S. Jacobs Camp in Utica, Mississippi, and that closed in 2012, when plans were announced to expand it and relocate it in New Orleans. The 13,000-square-foot space in downtown New Orleans will illustrate Jewish life across 13 states through photos and stories that were handed down as family treasures of this unique, yet lesser-known Southern history and Jewish history.

Supported by collaborations with Tulane and its growing Jewish Studies program, Hoffman draws on his storytelling skills to engage visitors in the process of discovery—discovery of history, of culture, and of their own places within them.

As a lover of history since his parent brought him at age 10 to see the King Tut exhibit at the New Orleans Museum of Art, Hoffman’s appreciation for history continues to grow.

“Studying history at Tulane, I dove into the fascinating differences between our time and times past. Now, as a museum director, I am just as interested in exploring our similarities—now and then, as individuals and as communities,” said Hoffman. “The Southern Jewish experience gives me a chance to see it all.”

Learn more about the Museum of the Southern Jewish Experience at www.msje.org.

Read “Strangers in a Strange Land No More,” which alumnus Kenneth Hoffman wrote for the School of Liberal Arts Magazine.