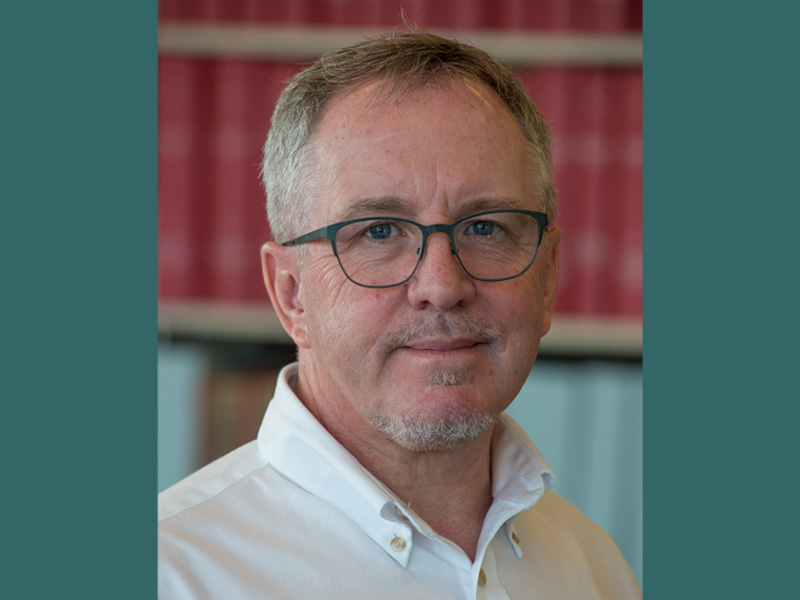 Andy Corrigan has been named interim dean of Tulane Libraries. A Tulanian since 1994, Corrigan has served as associate dean of libraries since 2005 and is also the library’s chief collections officer, directing its collections planning and expenditures. Corrigan has often assisted the university on committees central to institutional accreditation by the Southern Association of Colleges and Schools (SACSCOC) as well as with architectural planning for campus library spaces.

Corrigan planned and directed the library’s recovery after Hurricane Katrina, which included the salvage and replacement of lost or damaged collections and remediation of the library’s flooded spaces. He holds an EdD in Educational Administration from West Virginia University and an MLIS in Library and Information Science from the University of Rhode Island.

“We are fortunate that we have a true leader in the world of libraries ready to step up into the role of interim dean of libraries,” said Robin Forman, senior vice president for academic affairs and provost. “Andy brings a deep understanding of the work of university libraries in general, and also an intimate knowledge of Tulane’s libraries and the crucial roles they play on our campus. Andy has already had a long and distinguished career at Tulane, and this represents one more essential contribution to the university. I am grateful for his willingness to take on this position and I look forward to working with him in this new capacity over the next several months to ensure the ongoing vitality of our campus libraries as we search for David Banush’s successor.”

Corrigan will serve as the interim dean while a national search is underway for the permanent dean of Libraries. Former Dean of Libraries David Banush stepped down in October to become dean of University Libraries at the University of South Carolina.

Speaking up for world languages, with Roxanne Dávila
Spirit of the law
Don and Lora Peters give $3.3 million to support training, sports medicine for student-athletes
Make Way for celebration: Wave Weekend ’22
Homecoming crowd hears tales of curiosity and discovery from Walter Isaacson