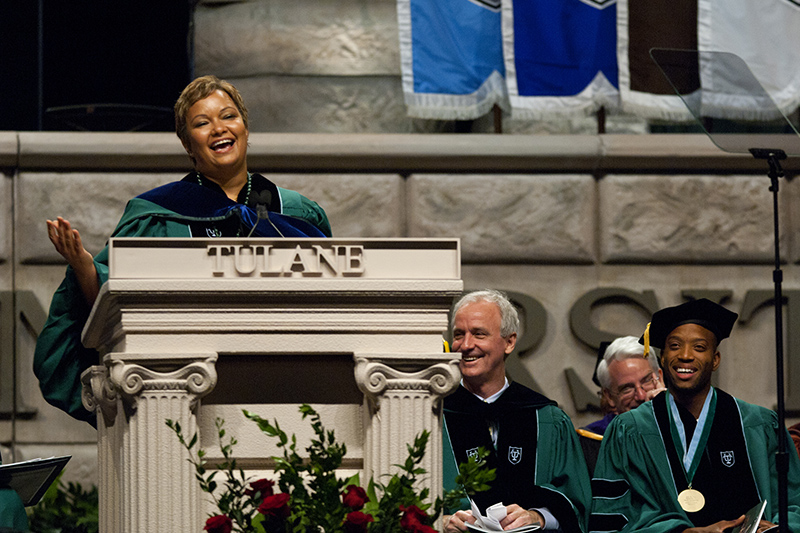 Jackson, who graduated from Tulane with a degree in chemical engineering, is the featured plenary speaker on Monday, June 27. She was the first African-American woman to serve as the administrator of the Environmental Protection Agency, and has dedicated her career to promoting resource protection and reducing greenhouse gas. Currently, Jackson serves as Apple’s vice president of environment, policy and social initiatives, and is in charge of reducing Apple’s effect on the environment.

The conference where she will speak is an important event for engineering education, bringing together 4,000 of the nation’s engineering educators. The event is hosted by a consortium of Gulf Coast universities, including Tulane University’s School of Science and Engineering. The conference will include speeches, robot competitions, a recognition of accomplished high-school students,  a P-12 teachers workshop, and an exhibit of new technology.