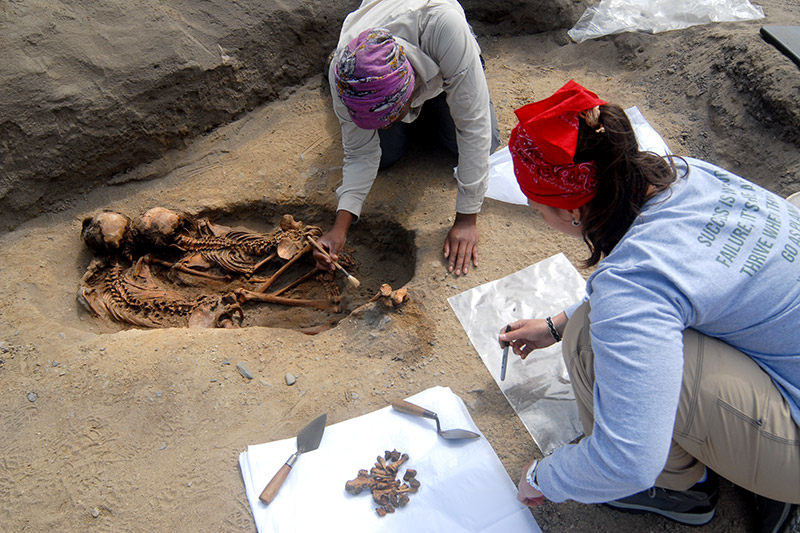 Tulane chemistry professor Scott Grayson is downright giddy about one of the classes he will be teaching when the 2017-18 academic year opens in August – archaeological sciences.

“It will be the most fun course I’ve been involved with since I’ve been here at Tulane,” he said.

But Grayson is also concerned – concerned that it is so “off the beaten path” that no one will know about it. And the last thing he wants is an empty classroom.

“It will be the most fun course I’ve been involved with since I’ve been here at Tulane.”

Archaeological sciences is an interdisciplinary colloquium course that will explore the use of modern technology to develop an understanding of the past. Funded by the Carol Lavin-Bernick Foundation, it will be taught by Grayson along with anthropology professor John Verano and classical studies professor Susann Lusnia.

Among the topics that will be covered in the class are chemical analysis of artifacts, paleogenetic analysis of ancient populations, skeletal and paleopathological analysis and comparisons between modern analytical technologies and traditional archaeological techniques.

Case studies from Etuscan and Roman sites will demonstrate how archaeological and bioanthropological methods are combined with analysis of texts and artifacts to provide insight on the social and cultural history of the Mediterranean world.

Grayson said the course had been discussed for a while, but the The Carol Lavin-Bernick Family Foundation, which pledged $5 million over five years to support Tulane’s faculty, made it possible. Part of the grant is earmarked for interdisciplinary collaboration and course development.

“It gave us the seed to do what we’ve been wanting to do for a long time,” he said.