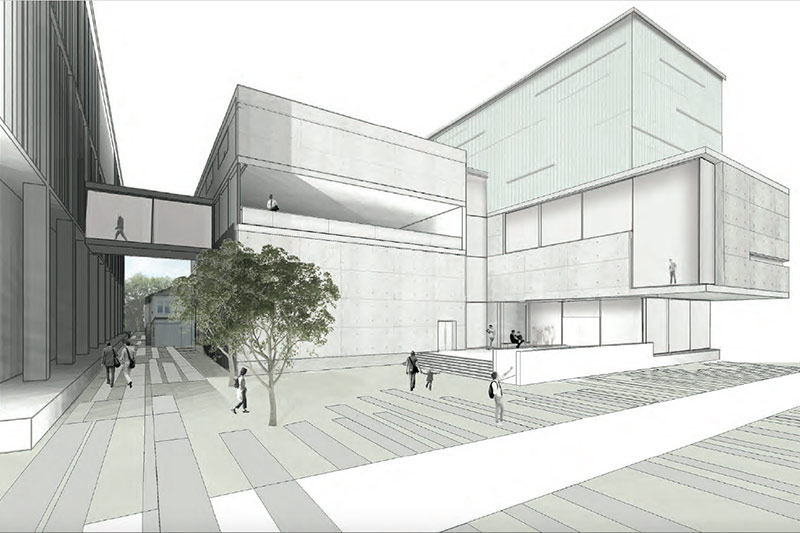 Libraries have evolved as public spaces for learning and community engagement. Last spring, 46 undergraduate and graduate architecture students examined how patrons utilize the Howard-Tilton Memorial Library in order to improve upon the building’s design through a course called Architecture Design Studio: Poetics of Material Assembly.

David Banush, dean of libraries and academic information resources, initially proposed that the students in the course study the library's space.

“There’s a duality there, as the library, a place of learning, became the subject of learning,” said Kentaro Tsubaki, associate dean for academics and Favrot Associate Professor of Architecture.

“There’s a duality there, as the library, a place of learning, became the subject of learning.”

“When you think about design, the rational approach is to satisfy needs functionally,” Tsubaki said. “However, architecture has an emotional impact through proportion, scale, shape and form.”

Tsubaki also strives to have students engage with the expressive potential of physical materials.

The first four weeks of the course included case studies of each of the library’s floors. Students took note of the building’s current organization and of areas in need of renovation.

“The main issue is that it’s a mid-century library designed as a large warehouse of book stacks with a peripheral where carrels are located,” he said.

Placed around the perimeter of the building’s interior, the carrels receive better light than the middle portion of the library.

The students discussed beneficial changes to bring in more light, improve the building’s facade and handle sound mitigation. However, their main project was to design a new addition for the building that could become a new home for archives that are currently housed within Jones Hall.

Eight selected students will present their final projects in a poster session hosted on the fifth floor of Howard-Tilton Memorial Library on Thursday, Sept. 7, from noon to 2 p.m.

The course will be offered again during the spring 2018 semester.