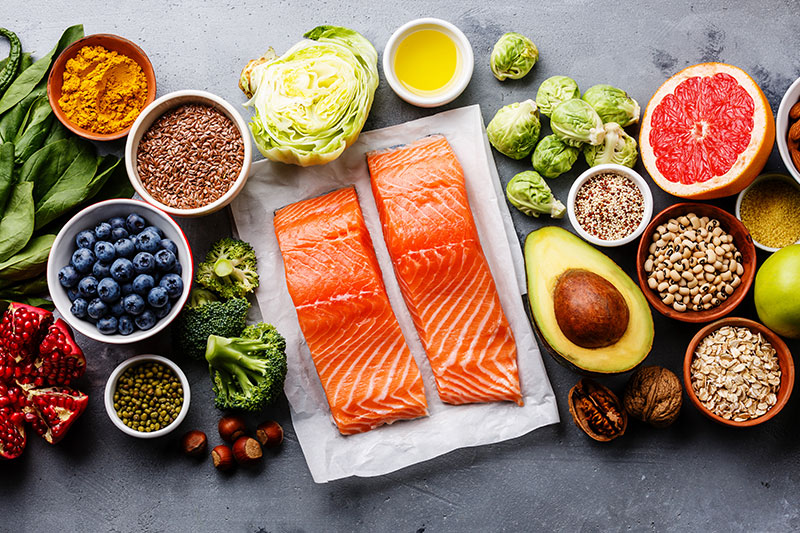 Quality food reaps health benefits for everyone, especially for people at high risk for obesity, a new study shows. (Photo from Thinkstock)

People whose genes put them at greater risks for obesity may reap bigger benefits from sticking to a healthy diet than those at lower genetic risk, according to a new study in the journal The BMJ led by a team of Tulane researchers.

“Many people think their obesity is due to genes. Our study clearly indicates genes are not destiny,” said Qi, HCA Regents distinguished chair and professor of epidemiology.

Obesity is a complex disorder involving a mix of genes and environmental influences.

Previous research has shown that diets high in sugar-sweetened drinks and fried foods may amplify the genetic associations with higher body weight.

Researchers from Tulane and Harvard University analyzed data for more than 14,000 people from two large studies of U.S. health professionals, the Nurses’ Health Study and the Health Professionals Follow-up Study from 1986 to 2006. They calculated a genetic risk score using 77 gene variants associated with body mass index. Changes in body mass index and weight were calculated every four years.

After 20 years of follow-up, the researchers found that improving adherence to the AHEI-2010 and DASH was associated with decreases in body mass index and body weight. However, the effect was more prominent in people at high genetic risk for obesity than those with low genetic risk. No clear interaction pattern was found for AMED.

Since it was purely an observational study, the authors said that no firm conclusions can be drawn about cause and effect. The study also didn’t measure levels of physical activity and only followed professionals of European descent.