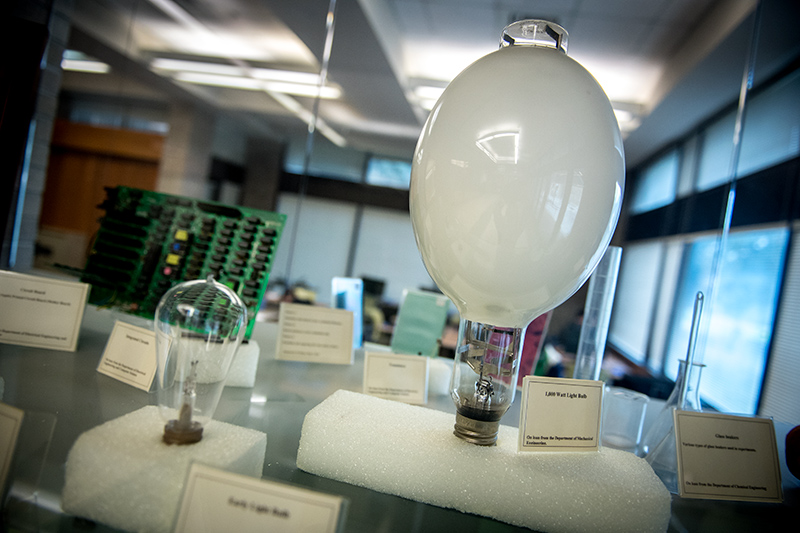 A 1,000 watt light bulb is on display in the lobby of the Boggs Center for Energy and Biotechnology on the uptown campus. Technically referred to as a “lamp,” the first incandescent light bulb was developed in 1802 by Sir Humphry Davy, a Cornish chemist and inventor. In 1806, Davy invented a more commercially viable arc light which, by the 1870s, was widely used for street lighting and in large buildings. By the early 20th century, an incandescent bulb for lighting the interior of homes was introduced.