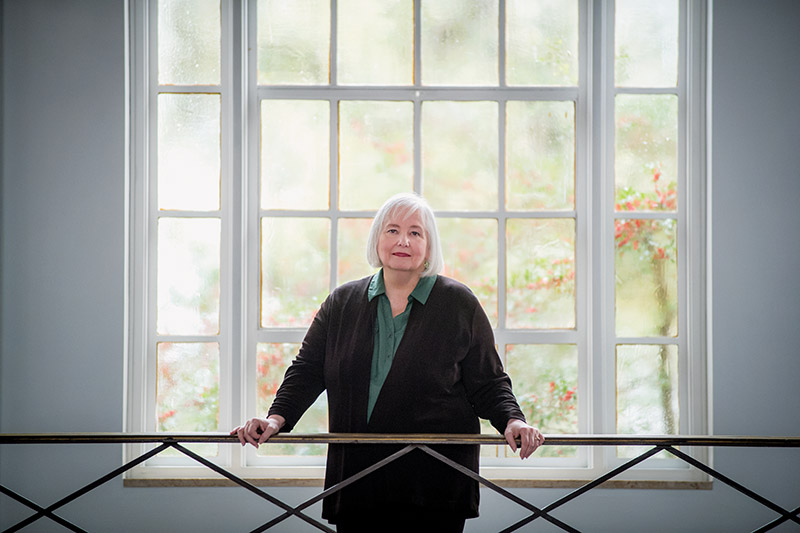 Ellen Blue, who received a PhD in history from Tulane in 2002, is a professor of the history of Christianity at Phillips Seminary in Tulsa, Oklahoma. She has written a book that chronicles how the United Methodist Church rebuilt its infrastructure in New Orleans after Katrina. (Photo by Paula Burch-Celentano)

After floodwaters destroyed 70 of its churches throughout the region and displaced 90 pastors, the United Methodist Church (UMC) faced the arduous task of resurrecting its local community in post-Katrina New Orleans.

In her book In Case of Katrina: Reinventing the Church in Post-Katrina New Orleans, Ellen Blue delves into how the UMC rebuilt its local infrastructure. The book also addresses steps that the church is taking on issues of rising sea levels and coastal restoration.

Blue, a professor at Phillips Theological Seminary in Tulsa, Oklahoma, who earned her PhD in history from Tulane in 2002, has been teaching courses melding women’s studies with the history of Christianity for 14 years.

“Those two churches would never have merged before the storm. Now, they have created this thriving congregation where there is a mixture of different worship styles.”

— Ellen Blue, author of 'In Case of Katrina'

Blue shared a personal connection to the Crescent City’s recovery. Her son acted as a first responder during the hurricane’s aftermath and lost his family home to the storm.

“We were here the weekend before the storm hit, and I began this book the day after landfall. It was evident to me that the UMC was going to be in a unique position,” she said.

From 2008 through 2009, Blue researched how the church was re-establishing its local roots.

“I spent that year in New Orleans visiting every United Methodist church that I could. We are in an organization where a bishop sends pastors to churches, and where the larger structure holds title to the property. We are in a relationship with one another and are responsible for one another in a way that a lot of denominations are not,” said Blue.

The UMC built diverse ministry teams in terms of both race and gender, bringing together African-American and white congregations in each zone of the city.

“Those two churches would never have merged before the storm. Now, they have created this thriving congregation where there is a mixture of different worship styles,” she said.