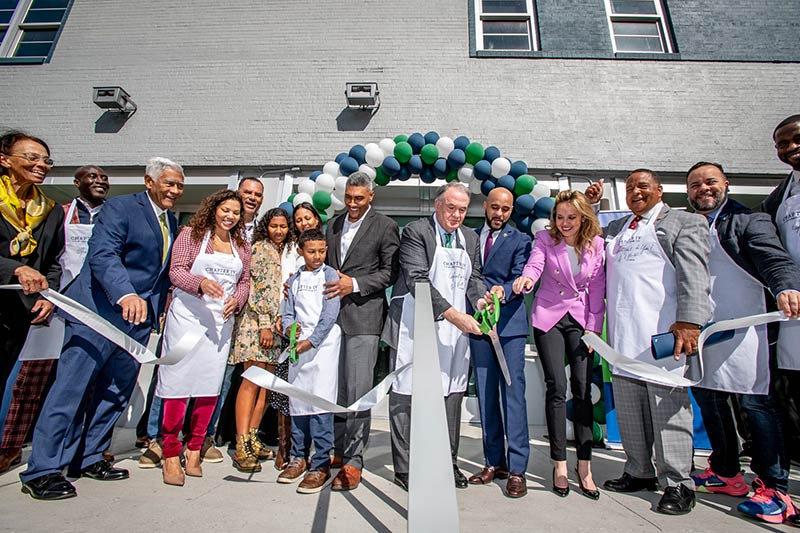 A new chapter opened this week in a downtown building that has been given new life by Tulane University. Chapter IV restaurant, led by a scion of one of New Orleans’ leading restaurant families, made its debut in the university’s recently renovated and reimagined Thirteen15 building.

Home of the former Warwick Hotel, which had been shuttered since Hurricane Katrina, Thirteen15 is now home to 154 fully furnished apartments specially designed for Tulane students, staff, faculty, postdocs, residents, researchers and other university affiliates.

Thirteen15’s restaurant is run by Chef Edgar “Dook” Chase, grandson of New Orleans’ Creole cuisine legend Leah Chase, and his wife, Gretchen. Chapter IV will offer breakfast, lunch and Sunday brunch. The Chase family is crafting Chapter IV to be an elevated lunch option in the CBD, offering efficient and hospitable service for dining patrons as well as prepared meals for individuals who prefer to “grab and go.”

President Michael A. Fitts addressed the crowd and said that developing the downtown campus “is at the very core of our university-wide ambition and momentum.” Businesses such as Chapter IV are capable of building “a stronger, more connected” community in the heart of the city.

Moreover, Fitts said, bringing new businesses and other projects such as the nearby Tulane Innovation Institute and the Charity Hospital redevelopment are essential to revitalizing downtown.

“New Orleanians are fully passionate about the redevelopment and revitalization of our downtown area, which holds incredible potential for community-building, business development, education, healthcare and innovation,” he added.

Duplessis remarked that the Chase family exemplifies the same passion for hospitality and for the community.

He bestowed a Louisiana State Senate proclamation on the Chases during the event. “May Chapter IV build on the rich legacy of the Chase family by creating culinary and cultural experiences that nourish the mind body and souls of all who visit for years to come,” Duplessis said.

Chase emphasized the importance of community support in keeping culinary traditions alive in New Orleans and expressed gratitude for Tulane’s expanding presence in the area.

“I want to thank Tulane, President Fitts, faculty, staff and students for your support and your continued investment in this downtown campus,” he said.

Tulane’s Thirteen15 apartment building is located at 1315 Gravier St. across from Duncan Plaza. 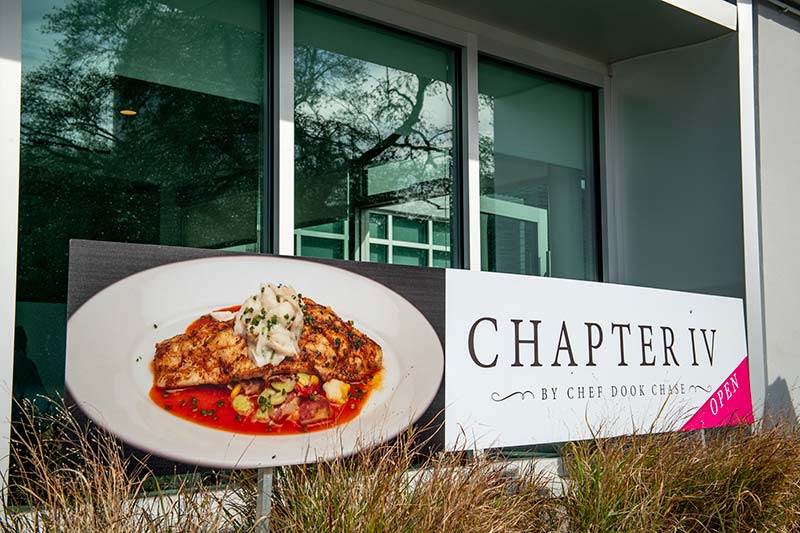 Chapter IV is located in Thirteen15, which Tulane redeveloped in the former Warwick Hotel in downtown New Orleans. 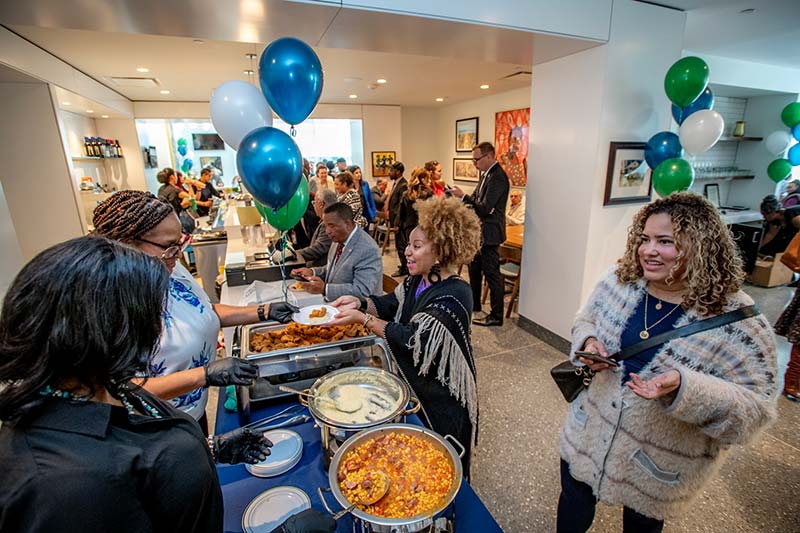 Grand opening guests sample the cuisine. The restaurant, run by Dook Chase of the renowned Chase restaurant family, will offer breakfast and lunch options, including dining in as well as “grab and go” items. 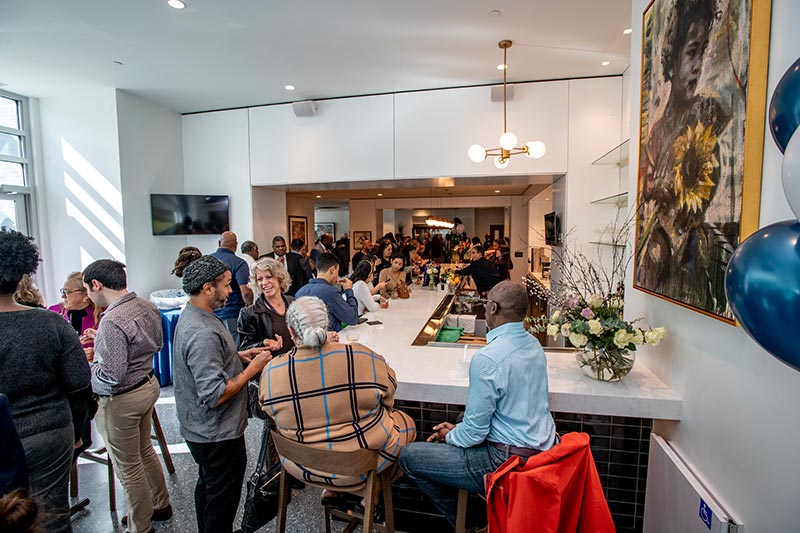 Chapter IV also has a full bar including specialty drinks. 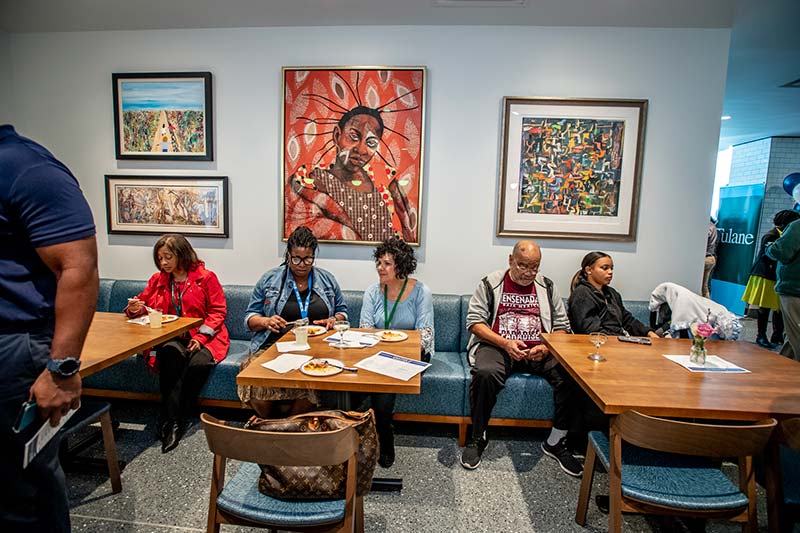 Artwork is a focal point of the restaurant. 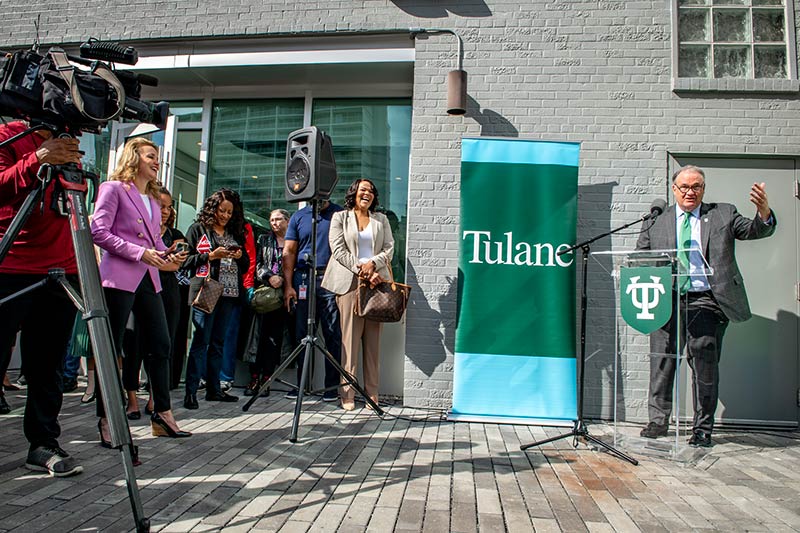 President Fitts addresses the audience with excitement over downtown revitalization. Fitts was among the first to hold a dining event at Chapter IV. 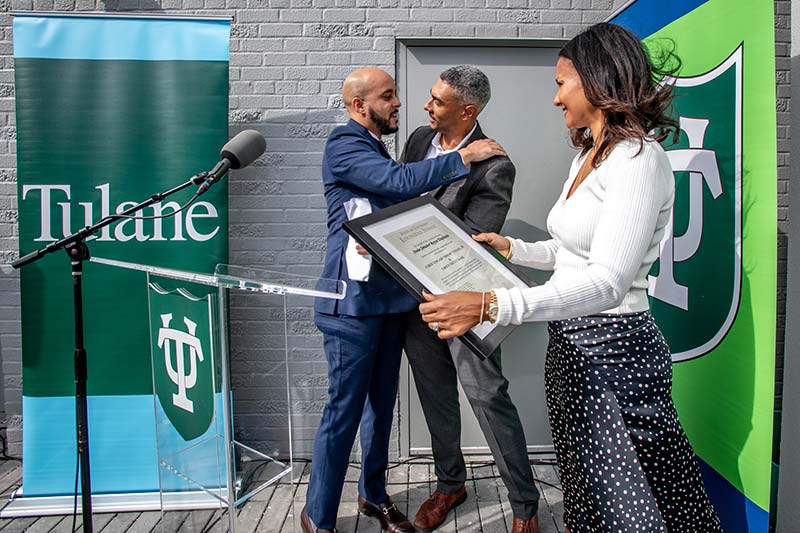 State Sen. Royce Duplessis congratulates Chase as his wife, Gretchen, looks on with a state Senate proclamation that Duplessis presented.