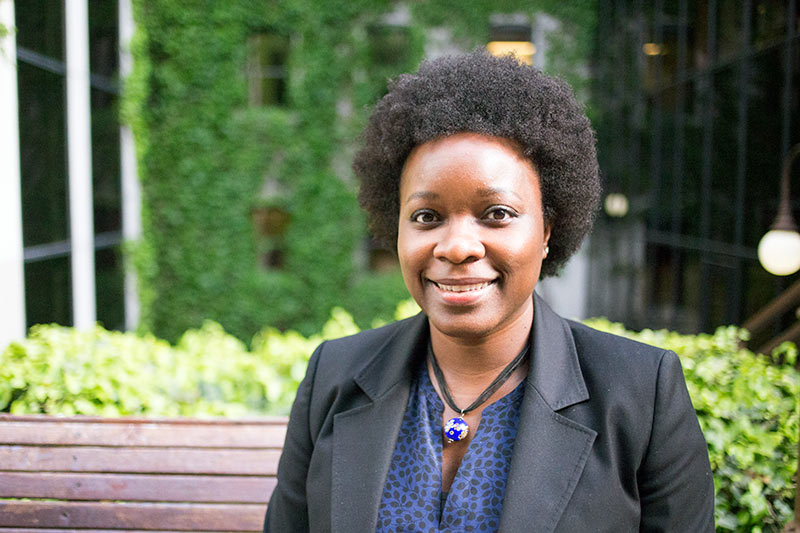 Kinika Young is the director of children's health at the Tennessee Justice Center. (Photo by Alex Kent)

Kinika Young knows that communities benefit when children have access to quality health care. Steering her career in a new direction, the 2006 Tulane Law School alumna now campaigns to protect health care programs that provide for the success of future generations.

Dedicating her time at Tulane to public service, the Montgomery, Alabama, native worked as a student attorney in the Domestic Violence Clinic and as a volunteer with Common Ground, an organization that assists locals in navigating legal issues caused by Hurricane Katrina.

When the storm hit New Orleans during her third year of law school, Young was a visiting student at Vanderbilt University in Nashville, Tennessee, where she would eventually join the corporate law firm Bass, Berry & Sims, PLC.

“Attorneys can effect change in ways other than through traditional legal practice.”

By 2015 she had become a partner at the firm. Young represented healthcare providers facing managed-care payment disputes with insurers.

After the 2016 presidential election, the country’s political climate ignited a spark in Young, leading her to reevaluate her career goals.

“Attorneys can effect change in ways other than through traditional legal practice,” she said. “I was looking for a way to devote more time to working on issues that I felt strongly about, and I always had an interest in health care policy.”

Young had previously worked on pro bono cases for the Tennessee Justice Center (TJC), a public interest law firm that ensures access to state health care, and she expressed interest in joining the nonprofit’s team.

In April 2017, she was named as its director of children's health, a new position funded through a grant from the David & Lucile Packard Foundation.

Young is currently spearheading the center’s efforts to protect and improve the health insurance programs that are vital for Tennessee youth in need.

“I’m responsible for educating different stakeholders in the health care field on how the Medicaid program and other programs that benefit children are at risk,” she said.