From China to America, grad finds home at Tulane 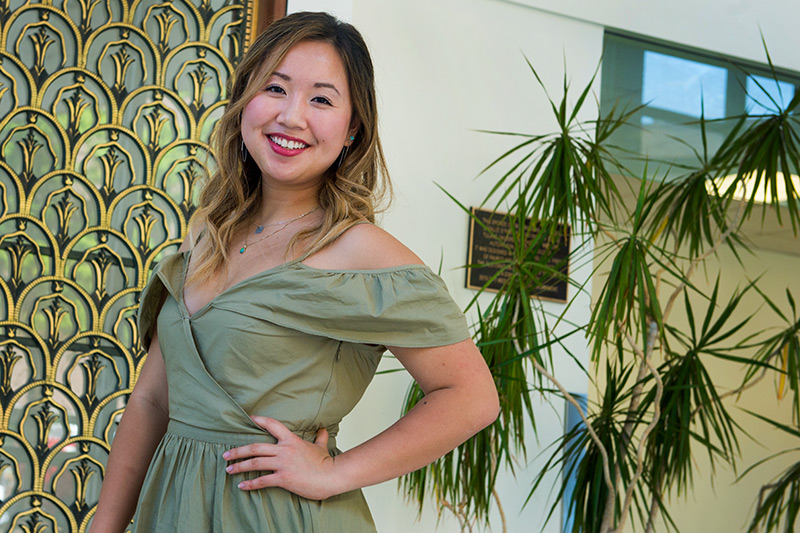 Mimi Chen was born in China, grew up in Australia and later moved to America at 8 years old when her father accepted a job in Washington state. While this much travel at such a young age would have been difficult for some, Chen said it helped her become who she is today and who she hopes to become.

“Throughout my whole life, I’ve always felt too Chinese to be Australian, too Australian to be American, and too American to be Chinese,” said Chen. “It wasn’t until I found medicine and I started immersing myself in service at Tulane and New Orleans that it all clicked into place.”

“It wasn’t until I found medicine and I started immersing myself in service at Tulane and New Orleans that it all clicked into place.”

As a Tulane student, Chen served as president of the Hunger and Homelessness Action Team of Tulane, studied aneurysms at the Tulane neurosurgery lab, was the community service chair of Alpha Kappa Psi Business co-ed organization, and helped introduce new students to Tulane as a Green Wave Ambassador tour guide, to name a few of her activities.

Although she excelled both socially and academically, Chen said that she kept private another side of her life that she hadn’t spoken about until now.

“When I was 14 years old, I was hit by a car as a pedestrian on a crosswalk and suffered severe injuries including a subdural hematoma, concussion, many facial lacerations and an inability to move my legs for a while,” said Chen, who was diagnosed during college with post-traumatic stress disorder stemming from the accident, which occurred seven years earlier. “I sought help when I realized that flashing lights and certain traffic sounds made me feel panicked.”

Eventually, Chen returned to the same hospital that treated her after the accident for a summer internship within its neurosurgery department. There, she worked with Richard Ellenbogen, MD, and Louis Kim, MD, of the Harborview Medical Center, whom she credits as being an integral part of her journey.

“Dr. Kim once said that life was a self-fulfilling prophecy, so aim high,” said Chen. “I’ve held this as my own personal philosophy.”

She continued to nurture her interest in medicine at Tulane by participating in the research of Aaron Dumont, MD, Charles B. Wilson Professor and Chairman of the Tulane School of Medicine’s Department of Neurosurgery.

“I’ve learned so much from New Orleans, and there’s so much left that I still want to contribute,” said Chen. “I look forward to devoting my time to these issues and I am really excited to embark upon these next four years with Tulane.”