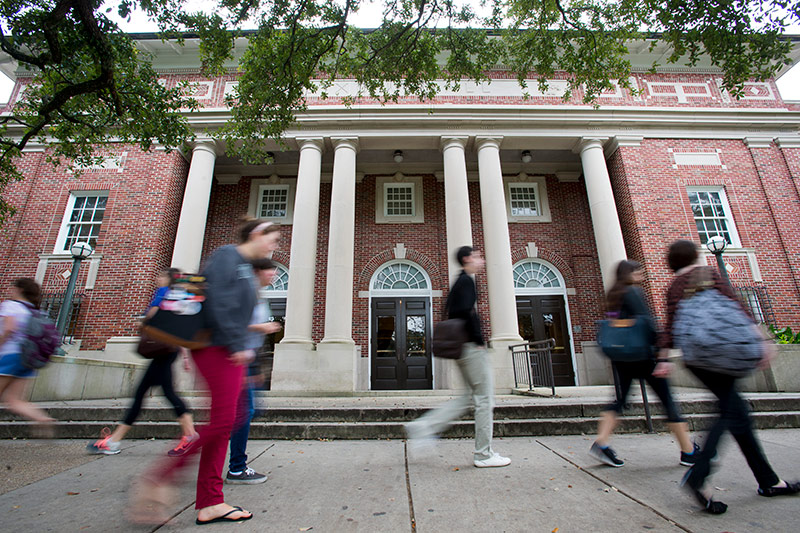 Due to a 37.5 percent increase in Early Decision applications for fall 2018, Tulane’s acceptance rate for the Class of 2022 was curbed to 17 percent, creating the most selective class in the university’s history. (Photo by Paula Burch-Celentano)

The incoming Class of 2022 is already setting university records. The class reflects the best and brightest students arriving from across the globe to engage in Tulane’s rich research opportunities and to serve the New Orleans community while making the Crescent City their new home.

“I was very happy but not surprised to see our ED numbers go up, which shows that more students are envisioning Tulane as their No. 1 school,” said Satyajit Dattagupta, vice president of enrollment management and dean of undergraduate admission.

“I was very happy but not surprised to see our ED numbers go up, which shows that more students are envisioning Tulane as their No. 1 school.”

Due to the increased influx of applications, the acceptance rate was also curbed to 17 percent from 21 percent last year, creating the most selective class in the university’s history.

Dattagupta stated that his team’s strategy when admitting the 562 ED students was to choose academically qualified applicants who would find success at Tulane.

He added that part of the university’s appeal to incoming students is its well rounded education, noting that the institution is academically in the top 1 percent in the country.

“Tulane prioritizes a balanced college education, where students learn both inside and outside of the classroom through community service experiences and research opportunities,” said Dattagupta.

The record number of applications can also be attributed to positive rankings in the 2017 Princeton Review for the university’s student experience. The publication ranked the university as No. 4 for happiest students, No. 7 for students who love their college and No. 9 for best quality of life.

“Tulane is becoming a very popular destination for students that wish to pursue their academic careers in the best college city in the country,” said Dattagupta.