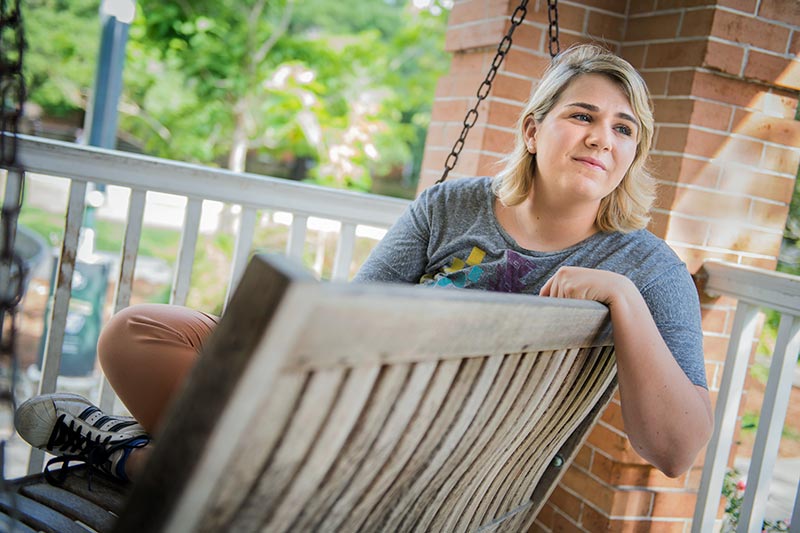 Corley A. Miller served as Tulane University’s student commencement speaker for 2017. Her address was based on ideas proposed in the book ‘Outliers’: “What do your 10,000 hours at Tulane look like?” (Photo by Paula Burch-Celentano)

Before ever setting foot on Tulane’s campus, two things sparked Corley A. Miller’s interest — being a resident adviser and being the student commencement speaker (at least in theory, if not in practice).

On May 20, Miller accomplished both goals, capping off years at Tulane as a resident adviser with a speech delivered to the class of 2017 at the Unified Commencement Ceremony in the Mercedes-Benz Superdome.

“From the time that I went to my brother’s graduation from college — Binghamton University — four years ago and saw the student commencement speaker, that idea stuck with me in the fact that that student gave a great speech, and was able to convey how much they learned and appreciated from their four years there,” Miller said.

Miller earned a Bachelor of Arts with a double major in English and Environmental Studies. The Farmingville, New York, native’s speech was based on Malcolm Gladwell’s 10,000-hour rule — the belief that 10,000 hours of practicing something will make you a master at that subject — as suggested in his book Outliers: The Story of Success. Miller posed the question, “What do your 10,000 hours at Tulane look like?”

As a first-year student, Miller pushed past the boundaries of self-doubt to become more active in campus life.

“That change was realizing that personally, for me, I would have been uncomfortable anywhere if I didn’t have [campus and community] involvement. I knew I had to make that ‘home’ for myself,” Miller said.

“From the time that I went to my brother’s graduation from college … and saw the student commencement speaker, that idea stuck with me.”

This embracing of uncertain situations led to lasting friendships and revealed Miller's inner leader. From there, Miller’s achievements have included working as head writer and producer of an original student-run stage production, “Hers, Theirs, Ours,” serving as an Undergraduate Student Government director and committee chair organizing student health initiatives, and founding Tulinked, a program that pairs first-year students with campus leaders.

After commencement, Miller plans to pursue a career in creative writing.