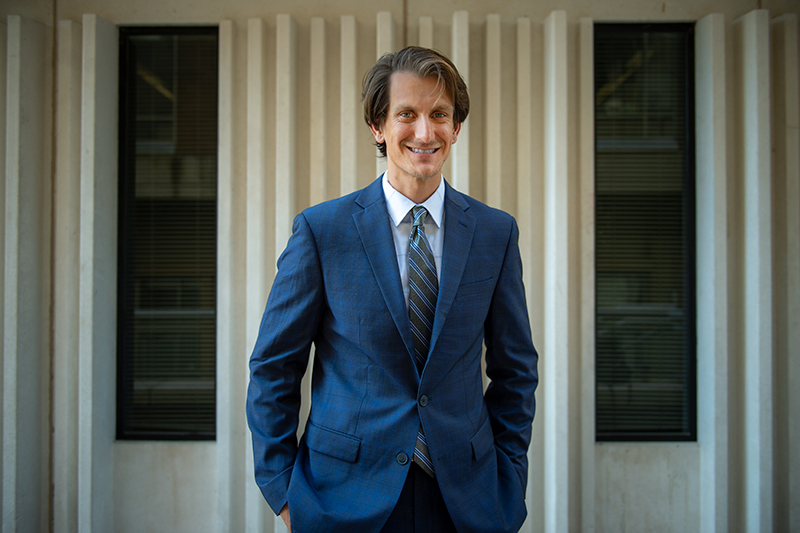 During his doctoral studies at Tulane, Derek Dashti developed an organ regenerative implant technology designed to regenerate a damaged esophagus to treat esophageal cancer. It’s a platform for regenerating other organs as well. Now he and his team are accruing honors and accolades for their work. (Photo by Paula Burch-Celentano)

In the program for the upcoming 13th World Congress of Regenerative Medicine and Stem Cell later this year in China, new PhD graduate Derek Dashti is described as a “renowned speaker” alongside some of the world’s most accomplished scientists and young investigators.

“It’s a thrill just to be in their company,” said Dashti, who has been working toward his doctorate in bioinnovation since arriving at Tulane in 2013. He graduated in May.

With dozens of national and international accolades to his name and the title of CEO of his own regenerative medicine company, D & P Bioinnovations, Dashti has earned the right to be called renowned. During his studies at Tulane, he developed an organ regenerative implant technology designed to regenerate a damaged esophagus to treat esophageal cancer. The technology is also a platform for regenerating other damaged organs/tissue, such as blood vessels, muscle, intestine and nerves.

Dashti founded his startup as part Tulane’s Bioinnovation PhD program, which fosters design and development of innovative biomedical technologies and products and encourages collaboration with healthcare professionals and business and regulatory partners.

He and his team have received countless honors, among them the MIT-CHIEF 2018 China Initiative Prize, the 2017 VentureWell ASPIRE Healthcare Award and a Top 15 ranking in the International Rice Business Plan Competition. In 2013, he became the first Tulane National University Innovation Fellow, a prestigious national honor that enabled him to bolster entrepreneurial activity on campus, such as helping students obtain funding for their ideas, devices and designs.

Dashti said he couldn’t have dreamed of a more fulfilling academic experience. “As a biomedical engineer focused on stem cell tissue engineering and regenerative medicine research, the program met my expectations and more as it successfully allowed me to start my company.”

As for the future, he said, “I look forward to commercializing this unique technology to have a major impact in the field of regenerative medicine that is expected to accrue over $100 billion by the mid 2020s.”