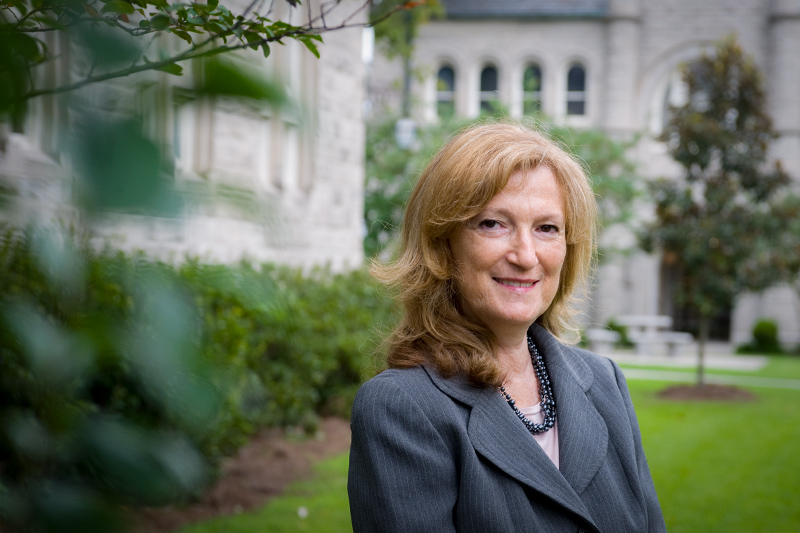 Tulane economics professor Nora Lustig was appointed to a committee that will study effective global financial governance. Lustig was also named president emerita of the Latin American and Caribbean Economic Association, which she helped found. (Photo by Paula Burch-Celentano)

Nora Lustig, Samuel Z. Stone Professor of Latin American Economics and director of the Commitment to Equity Institute at Tulane University, was appointed to the G20 Eminent Persons Group, a committee that will study effective global financial governance with the participation of international economists and former heads of central banks and finance ministers.

The committee was established by the G20 Finance Ministers and Central Bank Governors last April. Lustig said the committee’s mandate is to review current and future challenges and opportunities facing the international financial and monetary systems, and recommend practical reforms to improve them. The appointment officially concludes in October 2018, when the committee will submit its final report to G20 members.

“We’re supposed to focus on what can be done to improve on the efficiency, coherence and effectiveness of the international financial institutions — such as the IMF, the World Bank and regional development banks — to facilitate achieving the Sustainable Development Goals, adopted by all countries at the U.N. General Assembly in September 2015,” Lustig said. “Those goals imply attaining sustainable and inclusive growth, and assuring financial stability.”

“I am one of the few [in the G20 group] who comes from the development tradition and one of the few who has primarily worked on inequality and poverty.”

Almost all of the other 16 committee members have served as either central bank governors or ministers of finance in their countries.

Lustig was also honored recently as president emerita by the Latin American and Caribbean Economic Association, an organization that she helped found. She was instrumental in growing the organization’s membership and later, as president, helped launch Economia, its academic journal.

Lustig is also a member of the Global Commission on the Future of Work, an International Labor Organization focused on achieving social justice in the 21st century.