English professor elected to the council of distinguished literary society 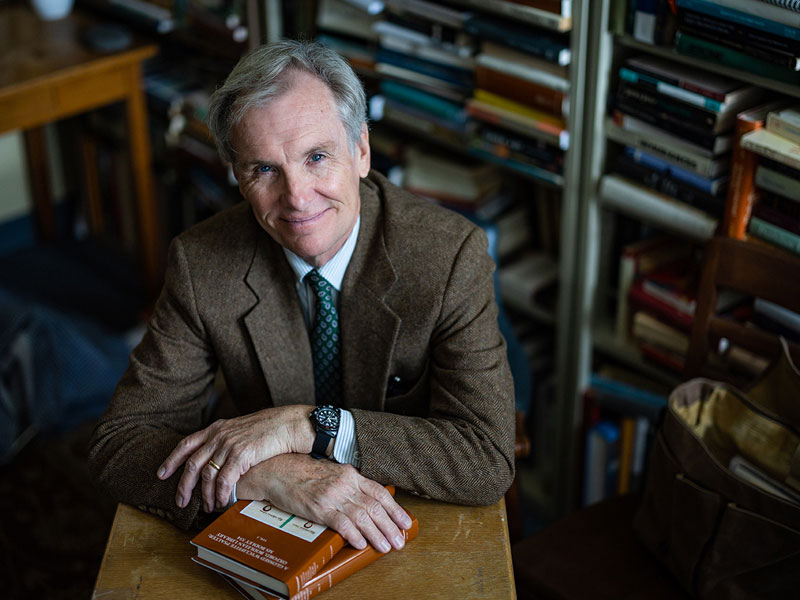 Tulane Professor of English Michael Kuczynski was elected to the prestigious Early English Text Society, only the third American ever elected to the leadership position. (Photo by Rusty Costanza)

The Oxford English Dictionary is the principal historical dictionary of the English Language, but few are aware of the history and origins of these master volumes that emerged from the founding of the Early English Text Society by F. J. Furnivall in 1864. EETS, as it is more commonly known, is now the chief scholarly society in the field of Medieval literature.

Michael Kuczynski, professor in the Department of English and Tulane’s resident medievalist, is an expert on English texts from the Middle English period, 1000 – 1500 CE, and is intimately acquainted with the society.

During a recent trip to Oxford to deliver a lecture, Kuczynski was taken to lunch by the honorary director of EETS, who revealed to him that the occasion was to celebrate his election to the EETS Council.

“I was astounded by this incredible honor,” said Kuczynski. “I’ve gone from having published with the society to being a member of a highly select council. It’s very flattering.”

The two-fold mission of EETS is to educate the public about the literary tradition of the Middle Ages and to make information available for the Oxford English Dictionary, which is constantly being updated.

“Furnivall believed in outreach — that it was important for scholars, students and members of the public to have access to these texts. He regarded editing texts, making them available to a wider readership, as a compelling form of public scholarship,” said Kuczynski.

Kuczynski’s election to the council is almost unprecedented — he is only the third American ever elected to the prestigious leadership position. EETS Council reviews proposals by scholars who are interested in editing manuscripts of neglected texts and decides which proposals are worthy. The council then works with scholars to assess a project’s development and act as a kind of “editor of editors.”

Some proposals from scholars are incredibly complex and require not only scholarly insight and expertise but also great determination and imagination. This was true of the two volumes that Kuczynski produced for the society and published with the Oxford University Press in 2019, A Glossed Wycliffite Psalter, an edition of the commentary material explaining the complexities of the first English Bible. The undertaking was a 17-year project.

“This kind of work is not for everyone, Kuczynski said. “I would compare it to what a scientist pursuing some medical mystery is doing, or to what an archaeologist who is trying to reconstruct a site connected with an ancient civilization does. It's really that kind of work in a literary field.”

Kuczynski is eager and excited to step into his new role and assist other scholars in making the archive of Middle English literature available to a wider public.