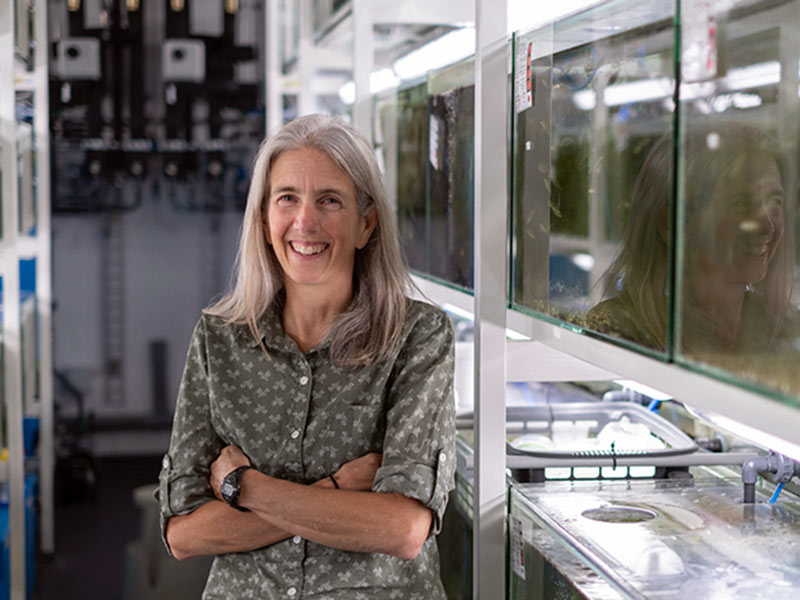 Catherine (Katie) Peichel is a renowned evolutionary biologist at the University of Bern, Switzerland, who has made important contributions to the fields of evolution, genetics, neurobiology and behavior. She is the the speaker for the Fall 2021 Hathaway Lectureship Series and will give a lecture entitled “Replaying the tape of life: How predictable is evolution.”

The Tulane University Department of Ecology and Evolutionary Biology will host Catherine (Katie) Peichel as the speaker for the Fall 2021 Hathaway Lectureship Series. Peichel will give a lecture entitled “Replaying the tape of life: How predictable is evolution” on Friday, Oct. 29, at 4 p.m. in the Diboll Gallery, located at The Commons, Room 300. A catered wine and cheese reception will follow in Pocket Park.

Peichel is a renowned evolutionary biologist who is interested in how organisms adapt to different environments. She has made important contributions to the fields of evolution, genetics, neurobiology and behavior. Peichel played a key role in bringing molecular genetic techniques to the study of evolutionary biology in the wild with the development of her evolutionary genomic model system, stickleback fish.

She investigates exciting questions about the predictability of evolution is at the molecular level. Specifically Peichel studies, among other things, how new species are formed, how organisms repeatedly adapt to freshwater environments, how new sex chromosomes evolve and what genes underlie behavior.

Peichel was a faculty member at the Fred Hutchinson Cancer Research Center and the University of Washington for 13 years before joining the University of Bern, Switzerland, in 2016 as Head of the Division of Evolutionary Ecology. She is an elected member of the prestigious American Academy of Arts and Sciences, and has been the recipient of a Guggenheim Fellowship and a Burroughs Welcome Fund Career Award. Peichel’s work has been published in numerous top academic journals including Nature, and she is an author on the popular undergraduate textbook Introduction to Genetic Analysis.

The Hathaway Lectureship was established by Marcia Hathaway Henderson (Newcomb 1947) in memory of her father, accomplished Zoologist Edward Sturtevant Hathaway, to bring an eminent Ecology and Evolutionary Biologist to share their knowledge with the Tulane and broader New Orleans community.