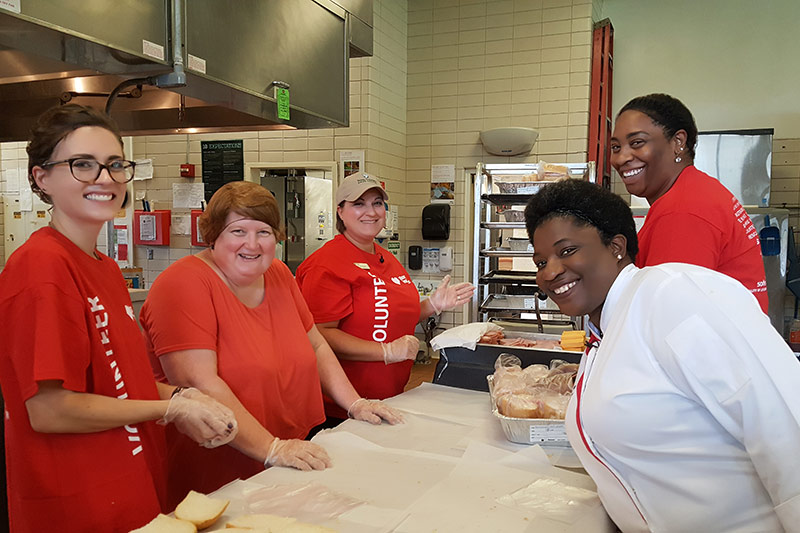 Volunteers from Tulane University Dining, Sodexo and other departments have made 12,600 meals for children at six New Orleans community centers through Sodexo’s Feeding Our Future program. The program provides meals to children who are at risk of hunger during the summer months. Each morning since early June, Sodexo’s Tulane Dining Services team has worked with campus volunteer groups of six to eight people to prepare the day's meals. Tulane Shuttles and Transportation delivers the meals.

Read more about Tulane's involvement in the Feeding Our Future program.