Grad is on fast track to being a doctor

Brian Templet, among the first graduating class in the Tulane Accelerated Physician Training Program, will be doing a family medicine residency program at East Jefferson General Hospital in Metairie, Louisiana, after his May 14 graduation. (Photo by Ryan Rivet) 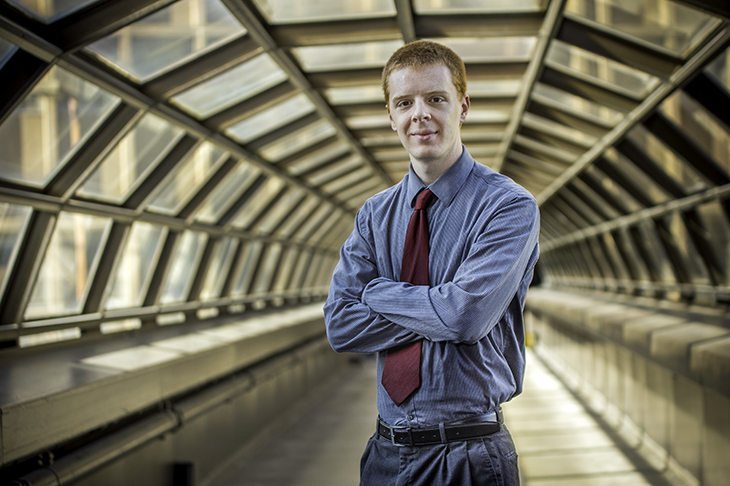 From the time he was a kid watching “Doogie Howser, M.D.,” Brian C. Templet knew he wanted to help people by being a doctor. At 25, he will be the youngest graduate in the 2016 Tulane University School of Medicine class at the Unified Commencement Ceremony on May 14.

Templet is among the first graduating class of the Tulane Accelerated Physician Training Program. After he was accepted into the competitive and rigorous program, Templet completed his undergraduate studies in two years, taking as many as 25 credit hours in a semester, to receive his bachelor’s in cell and molecular biology in 2013.

“The academic challenges are very real,” says Templet, who has interviewed candidates for the program. “You have to be grounded and have friends both within your cohort and outside of it.”

“What I love about family practice is taking care of people from the first day of life to their 101st birthday.”

Templet’s fiancé, Erin Ricketts, is two years behind him in the accelerated program. While they studied hard, the couple found time for fun dates such as running to get a slice of pie at the Camellia Grill.

“I was working really hard to hit the average point,” Templet says. “That helped me to find some humility.”

The program requires one year as an AmeriCorps VISTA volunteer to complete the Tulane public service requirement. This was “more than a full-time occupation,” Templet says. He spent six months with the Latino Farmers Cooperative and six months with Youth Rebuilding New Orleans. The AmeriCorps experience, Templet says, will serve him well as he enters training for his specialty: family practice.

A native of Gig Harbor, Washington, Templet is delighted that he will stay in the New Orleans area, in a family medicine residency program at East Jefferson General Hospital.

“What I love about family practice is taking care of people from the first day of life to their 101st birthday,” Templet says.

The Insider: More than a mortarboard
Watch Mercury in rare transit
Suri Duitch joins Tulane as continuing studies dean
Getting the facts about the Zika virus
Two-sport student-athlete finishes strong at Tulane