The Tulane University community gathered for a pep rally on Wednesday afternoon to celebrate and cheer on the 18th-ranked Green Wave football team ahead of its American Athletic Conference Championship game, which will take place on Saturday, Dec. 3, at 3 p.m. in Yulman Stadium.

The team will face off against the 22nd-ranked University of Central Florida. Saturday’s game will be Tulane’s first-ever appearance in the AAC Championship. With a win, Green Wave Football will make program history and likely earn a spot in a New Year’s Six bowl game.

The game will be aired live on ABC. (Tickets are available for puchase on the Tulane Athletics website). 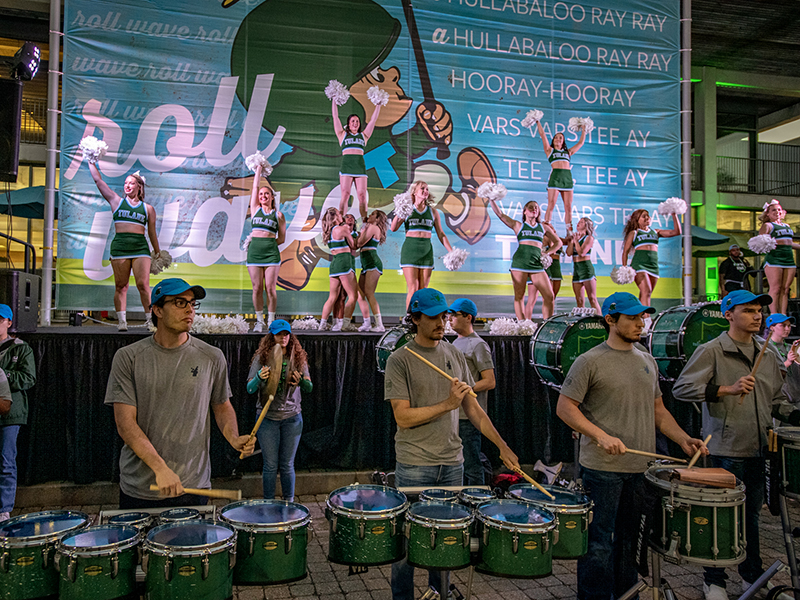 The Tulane University Marching Band plays as the Cheerleading squad performs for the pep rally crowd. 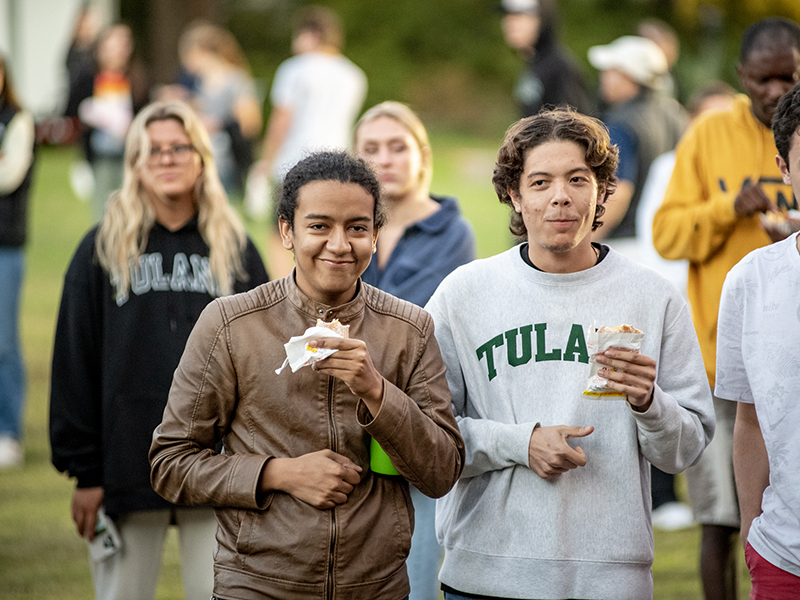 Students enjoy celebratory Hubig's pies given out during the event. 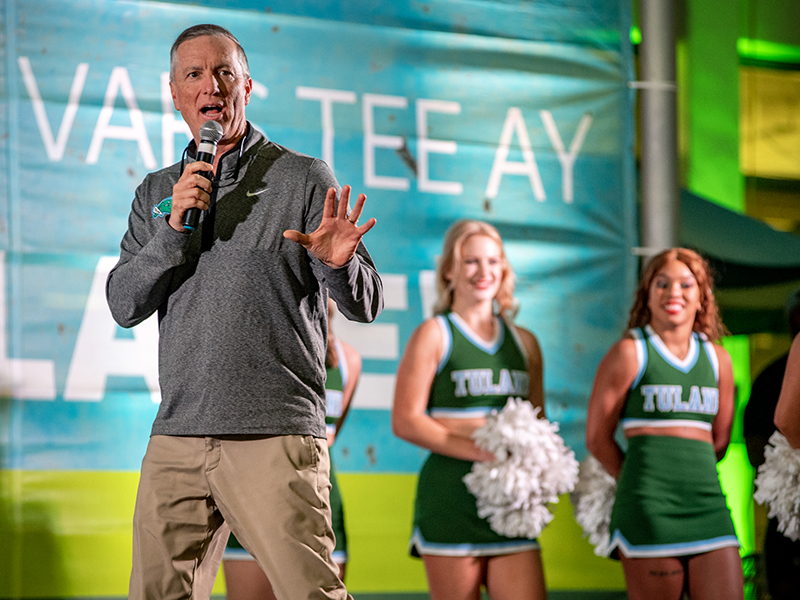 Green Wave head football coach Willie Fritz thanks the crowd for coming out and predicts an exciting game in Yulman Stadium on Saturday. 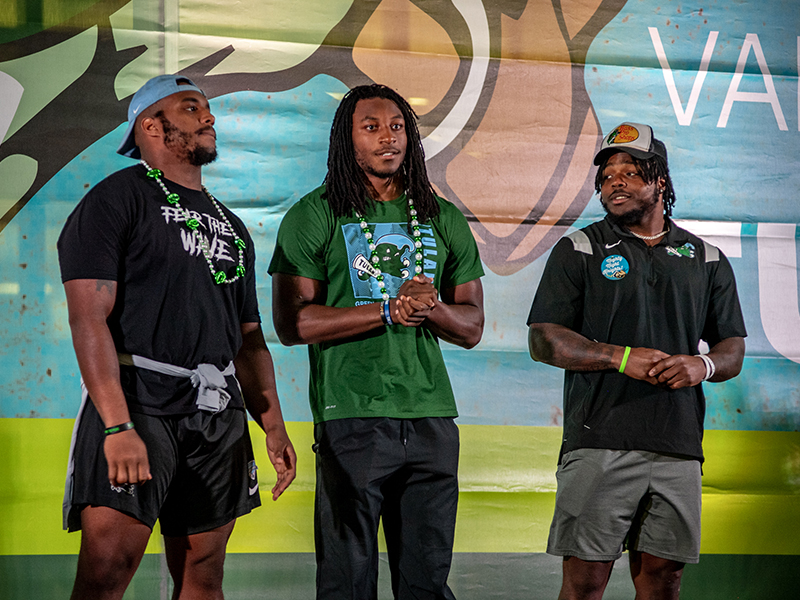 Three of the Tulane football team captains, Sincere Haynesworth, Dorian Williams and Nick Anderson, share their excitement for the upcoming game and thank the fans for their continued support.