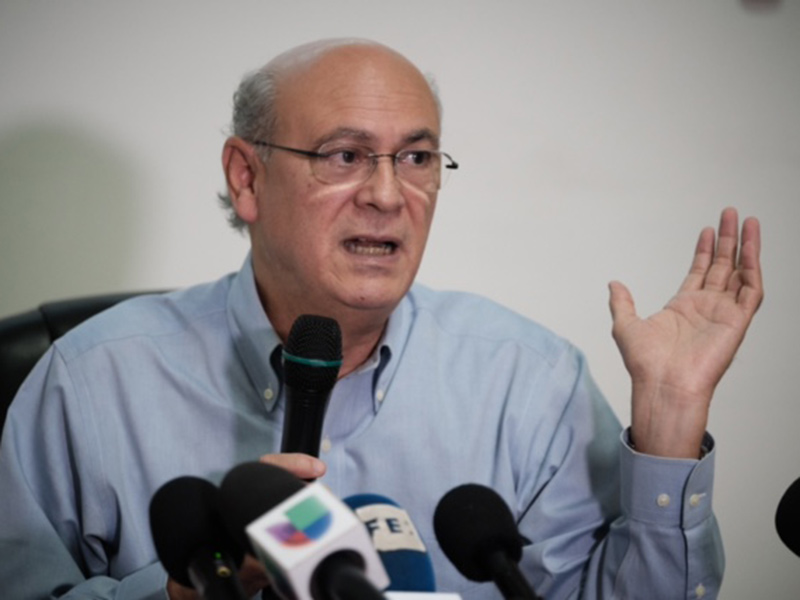 Nicaraguan investigative journalist Carlos Fernando Chamorro is the first speaker for the 2022-2023 Distinguished Greenleaf Series: Journalism and Democracy. On Wednesday, Nov. 9, Chamorro will speak on “The Relevance of Investigative Journalism to Democracy in Latin America: Old and New Challenges.” (Photo provided by Confidencial, Nicaragua)

As democracy backtracks around the world, in Latin America, investigative journalism is increasingly capitalizing on the power of digital technology to elevate the standards of journalism. The effects on democracy can be as varied as the meanings of the word. Even as technology’s effects become more relevant, Latin America’s history of issues with electoral processes and transparency demands a keen eye on manifestations of digital technology: who is included, when and how. The growth of diverse voices into the media ecosystem and the ability to mobilize citizens in political movements may be just the tip of the iceberg when it comes to the transformative power of investigative journalism within the digital landscape.

It is with these transformations in mind that the Center for Inter-American Policy and Research and the Stone Center for Latin American Studies announce the 2022-2023 Distinguished Greenleaf Series: Journalism and Democracy, which focuses on the importance of investigative journalism for democracy, highlighting how Latin American journalists have been able to take advantage of the same technological trends affecting print journalism to create new spaces where they can continue fulfilling the journalistic mission of ensuring transparency and accountability.

The inaugural event, in which Carlos Fernando Chamorro will speak on “The Relevance of Investigative Journalism to Democracy in Latin America: Old and New Challenges,” takes place this Wednesday, Nov. 9, at 5 p.m. in Freeman Auditorium. Chamorro is a Nicaraguan independent investigative journalist, the founder and editor of Confidencial, a news website and weekly publication combining investigative journalism and analyses of current affairs. He also hosts two TV news shows, Tonight and This Week.

The series will also feature:

Nov. 15: Daniel Alarcón is a Peruvian-American novelist, journalist and radio producer. He is co-founder, host and executive producer of Radio Ambulante, an award-winning Spanish language podcast distributed by NPR. He teaches at Columbia University’s Journalism School and writes about Latin America for The New Yorker. This event is also part of Tulane’s International Education Week activities.

Dec. 6: Daniel Coronell is a Colombian journalist and columnist who for twelve consecutive years has been the most read columnist by opinion leaders in Colombia. He works at W Radio Colombia and is president of the weekly news magazine Cambio.

Jan. 31: Luz Mely Reyes is a Venezuelan journalist, writer, and analyst, and director and co-founder of the digital media franchise Efecto Cocuyo.

Feb. 28: Sebastián Escalón is a journalist, audio producer and science writer and the executive producer of El Experimento, a narrative podcast series about the fight against impunity in Guatemala.