Healing on the high seas 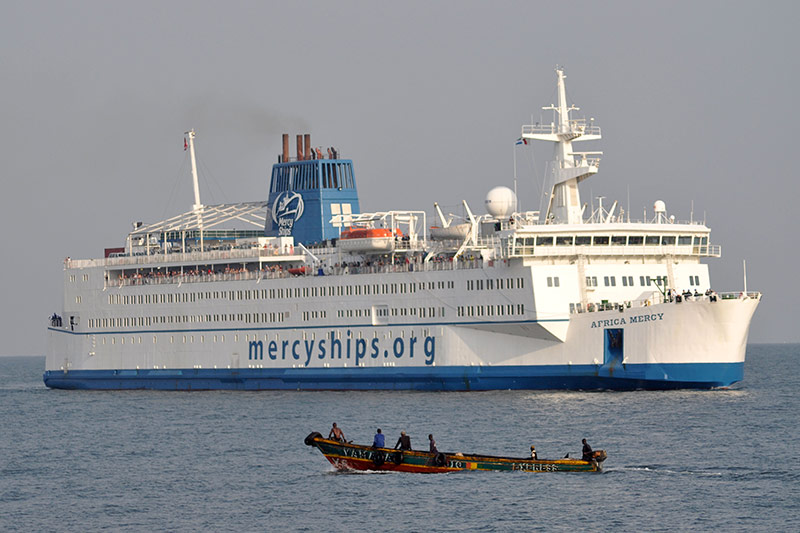 Tulanians know well that helping others requires no justification. From the inclusion of service learning in the core undergraduate curriculum to the work of the Center for Public Service, serving others has been at the heart of the Tulane University ethos.

Recently, however, two Tulane physicians took this ethos even further: to a hospital ship stationed on the other side of the world, in Madagascar.

Drs. Joana Ochoa and Peter Meade, surgeons in the School of Medicine, recently volunteered aboard the Africa Mercy, a hospital ship belonging to the Mercy Ships organization. Based in Texas, Mercy Ships operates a fleet of aid vessels that travel globally providing free medical services in countries where healthcare is poor or nonexistent.

During the two years the Africa Mercy was stationed in Madagascar, volunteers performed 2,951 free surgeries on 2,581 patients, and mentored 137 medical professionals alongside nearly 2,000 participants in other medical capacity building courses.

Ochoa and Meade served on board the Africa Mercy for two weeks in May, performing a range of procedures such as tumor removal and hernia repair, alongside surgeons in fields such as pediatrics, ophthalmology, and plastic surgery. Meade, a longtime veteran of the organization praised the goals of the group.

“We’re showing the best of who we are to the poorest of the poor,” he said. “Even if you don’t believe in God, you can still believe in, and see firsthand, the best of America.”

During the two years the Africa Mercy was stationed in Madagascar, volunteers performed 2,951 free surgeries on 2,581 patients, and mentored 137 medical professionals alongside nearly 2,000 participants in other medical capacity building courses.

Ochoa noted the challenges of the mission were what made the job worth doing:

“I saw pathologies that you only see pictures of and read about in textbooks,” she said, “not something that I could see in person and examine with my own hands. I was able to see things I'll never get the chance to see again.”

“It was awesome,” Ochoa added, “and gratifying.”

Benjamin Morris is a freelance writer in New Orleans.