The Insider: ‘Be willing to start at the bottom’ 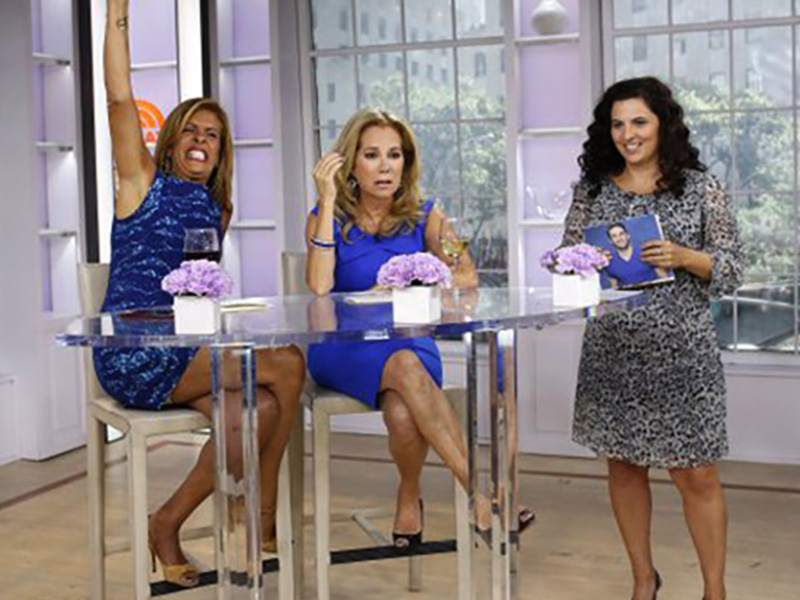 While a student at Tulane University, alumna Amanda Avery held an internship at the local ABC news station in New Orleans. Those few months around the cameras led her to pursue a career in television after graduating in 2000 with a double major in anthropology and communication. As a junior, Avery interned at “The Rosie O’Donnell Show” in New York City. This position was the start of her journey to where she is now — working as a writer and producer on the fourth hour of "TODAY" with Hoda Kotb and Kathie Lee Gifford. How did you find the job at "TODAY"? While interning at “The Rosie O'Donnell Show” in Rockefeller Center, I was accepted into theNBC Page Program.  As a page, I gave tours of NBC, escorted VIP guests, and organized audiences for the various TV shows in the building, which now includes “The Tonight Show” and “Saturday Night Live.”  While working as a page, I was able to secure an interview for an entry level position at "TODAY." I was offered the job of a production assistant. What are some of your job duties on "TODAY"? I have worked my way up at "TODAY" from production assistant, to researcher, then associate producer, and finally producer.  I have produced segments for all four hours of the show, ranging in topics from news to real estate to celebrities and cooking. I have also produced concerts on the plaza, and specials in Bhutan, Greenland, Belize, Vatican City and Malaysia. I love the reality show wrap-up! How did that come about? This idea came about from my pitch meetings with Kathie Lee and Hoda.  While they go through hair and makeup in the morning I brief them on the news of the day, pop culture stories, water cooler topics, viral videos and what happened on popular TV shows from the previous night. One day the woman who does Kathie Lee's hair mentioned to our executive producer that she looked forward to my TV recaps in those morning meetings.  The very next day, I started appearing on air.
What advice would you give a 2016 graduate who wants a career like yours? The key to working in news or in the entertainment business is to start interning as soon as possible. Speak with people in the industry. Most are happy to offer advice and provide contacts. Also, be prepared for long hours, be willing to start at the bottom, and remember that no task is too small. This is a business of learning on the job, and if you work hard you will be rewarded. Did Hoda solicit your advice before delivering Tulane’s 2016 commencement address? Hoda had one important question before she spoke at Tulane's commencement. When she landed in New Orleans she texted me this: “Hey doll — what is the most popular Tulane bar?’’ I told her The Boot — of course!