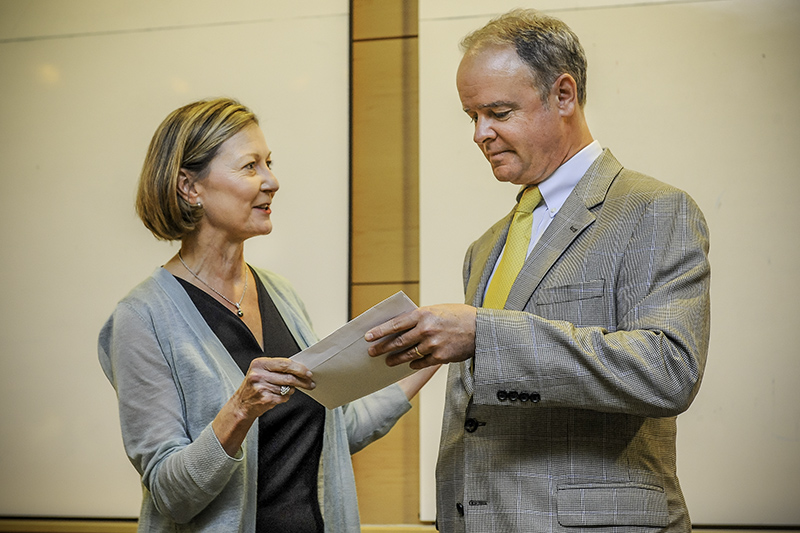 Yvette Jones, executive vice president for university relations and development, presents the award named in her honor to John Christie, who is the executive director of the Office of Technology Transfer and Intellectual Property Development on Tuesday (June 14). (Photo by Sally Asher)

John Christie, executive director of the Office of Technology Transfer and Intellectual Property Development, received the 2016 Yvette Milner Jones Award Tuesday (June 14) for his dedication to Tulane University. According to his nomination, “John embraces technology transfer both as an important revenue stream for the university and as an integral part [of] education and faculty development.”

Yvette Jones, the award's namesake and presenter added, “In my work, I hear about John all the time. People know him and they are grateful for what he does in furthering along not only the university’s technology … but really helping the city of New Orleans.”

Noting that he had worked with Jones for many years, Christie said, “I have endless admiration for her, so to win this award in her honor is truly special.”

“People know [John Christie] and they are grateful for what he does.”

Technology Transfer helps translate research and knowledge from the laboratory and classroom into technologies that benefit the public.