Keeping up with the Jones

Jones Hall, 6801 Freret St., has served many roles since its completion in 1941. First dedicated as Howard-Tilton Memorial Library, it became the second location of the library on Tulane’s uptown campus (the first was Tilton Memorial). After the library moved into its current location in 1968, the building was rededicated in honor of Tulane alumnus and board president Joseph Merrick Jones after his death in 1971. It was home to the School of Law until 1994. In 1998 it was returned to the library system, and today houses the Hogan Jazz Archive, the Louisiana Research Collection, the Southeastern Architectural Archive, and the University Archives. Also in Jones Hall are the Stone Center for Latin American Studies, and the Classical Studies department. 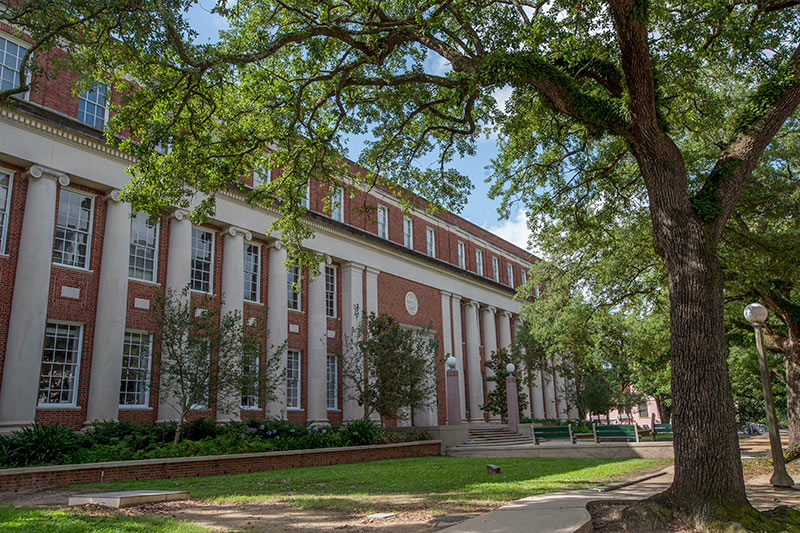 The entrance to Jones Hall as seen from Newcomb Place. 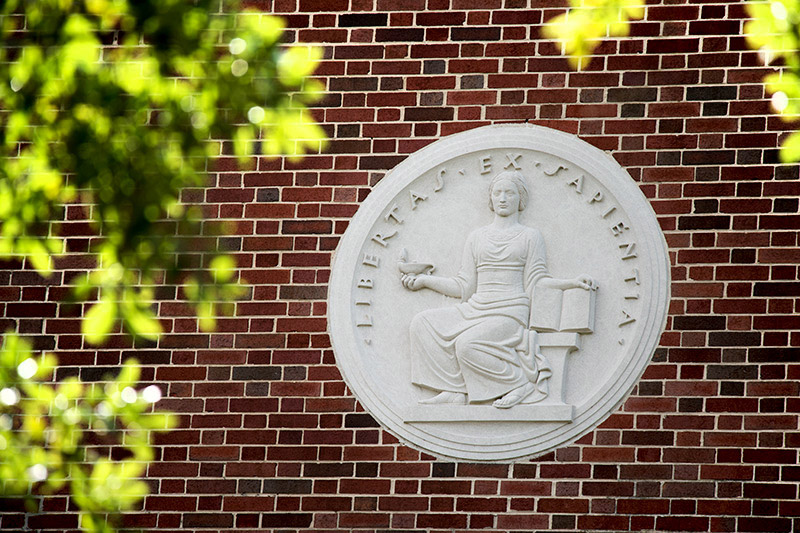 Above the Newcomb Place entrance to the building, a medallion by American sculptor Paul Manship welcomes visitors. 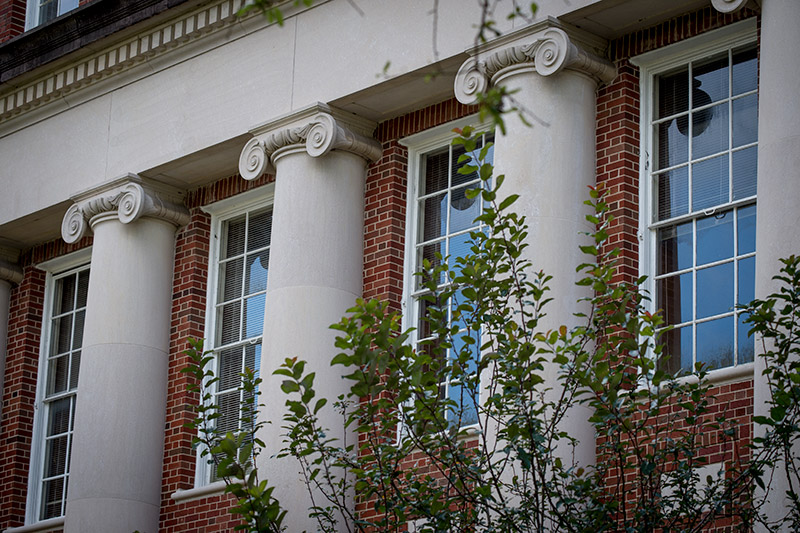 A row of engaged Ionic columns decorate the facade of the main entrance to the building. 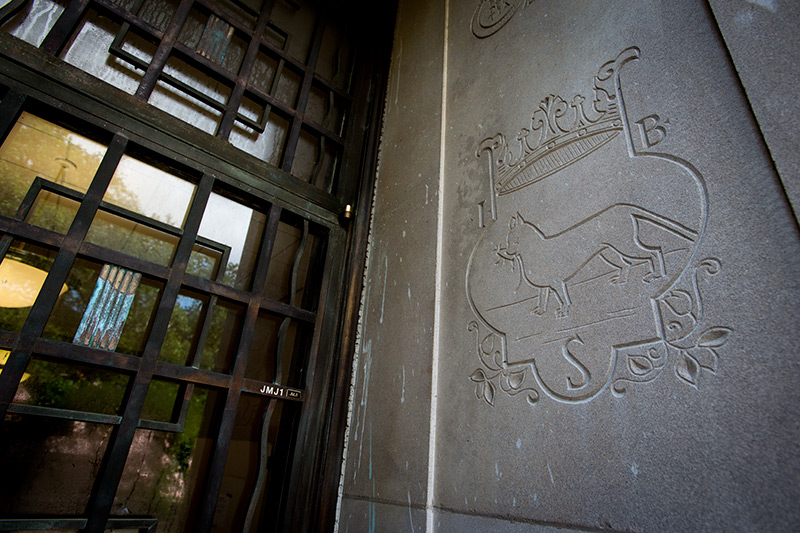 Printer’s marks etched into the door jambs on both entrances to the building were designed by Angela Gregory, a sculptor and professor of art, born in New Orleans, and an alumna of both Newcomb and Tulane. 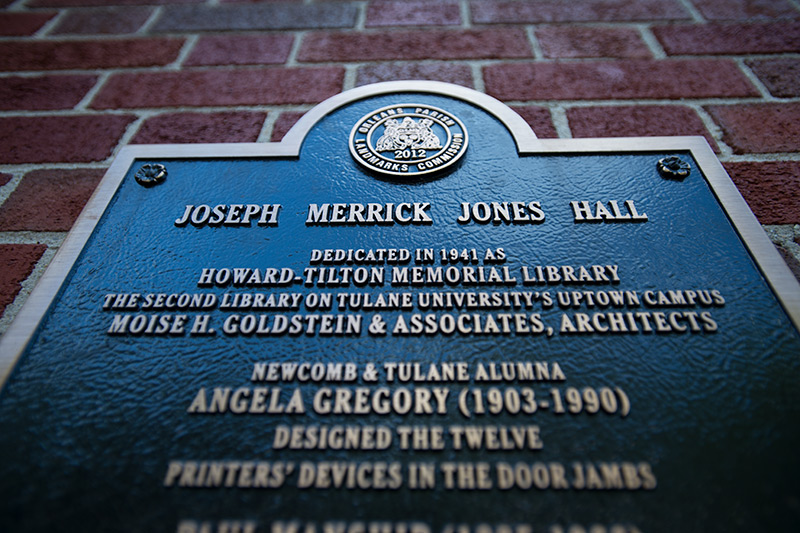