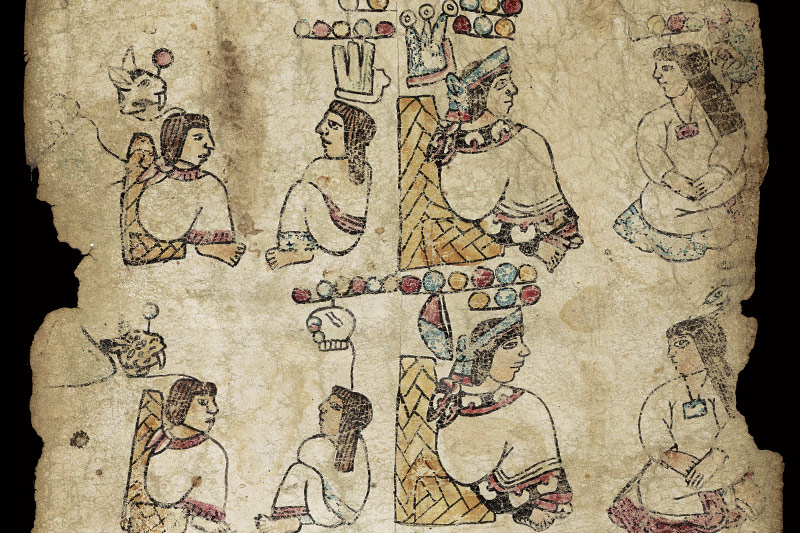 Tulane has teamed up with the Renaissance Society of America (RSA) — the largest international association of scholars devoted to the study of the European Renaissance — to sponsor its 64th annual conference, which will take place at the Hilton New Orleans Riverside from Thursday, March 22, through Saturday, March 24.

As part of the conference’s opening events, Tulane’s Latin American Library (LAL) welcomed RSA members to the uptown campus for an exclusive reception in Howard-Tilton Memorial Library on Wednesday, March 21. During the reception, the LAL debuted an exhibit called “Colonial Counterpoint: New World Texts As Sites of Encounter, 1492 – 1800.”

Focusing on how Renaissance Humanist and Amerindian conceptions of writing and language shaped the textual landscape of European encounters with indigenous populations, the exhibit features materials from the library’s world-renowned collection.

“The exhibit features some of Tulane’s bibliographic treasures.”

Hortensia Calvo, Doris Stone Director of the LAL, said that her team brought out first editions of 16th-century works during the event.

“The exhibit features some of Tulane’s bibliographic treasures,” she said, noting that these unique documents are rarely displayed together.

During the event, the exhibit also displayed manuscripts from the library’s renowned collection of Mesoamerican codices, painted manuscripts in the native tradition. With 18 of these valuable documents, the LAL’s collection is one of the largest in the world.

The exhibit also showcases the Codex Tulane — a mid-16th-century codex from the Mixteca-speaking area of Southern Puebla, a Baja region of South Central Mexico.

Painted on a deer skin scroll, the manuscript is the only pictorial from that region.

In 1932 Frans Blom, then director of Tulane’s Middle American Research Institute (MARI), acquired the codex that was later given the name Codex Tulane. The codex was transferred from the MARI museum to the possession of the LAL in 1970.

Visitors to the LAL will have a chance to view facsimiles of the Codex Tulane and the historical manuscripts on display through July.