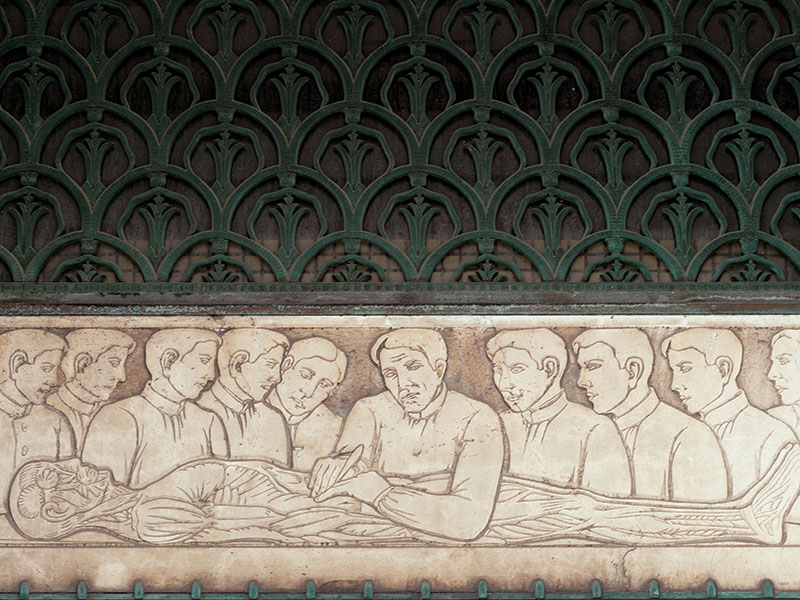 The seven young doctors—all under the age of 26—who created the medical school that would become Tulane University saw potential in New Orleans.

From its start, nearly two centuries ago, the fate of Tulane University has been inexorably intertwined with the fate of the city it called home. That feeling of interconnectedness held true, even as Tulane University grew from a small medical school holding classes in professors’ homes to a full-fledged international university that’s now that city’s largest employer.

“The Tulane University School of Medicine has been a prominent part of most of the history of New Orleans, contributing significantly to the health and economy of the region,” said Dr. L. Lee Hamm, dean of the School of Medicine, who has taught at the school since 1992.

“The Tulane University School of Medicine has been a prominent part of most of the history of New Orleans, contributing significantly to the health and economy of the region.”

Dr. L. Lee Hamm, dean of the School of Medicine

Today, on the eve of the city’s tricentennial, that school-city bond may be tighter than it’s ever been.

While taking care of the people of New Orleans has always been one of Tulane’s missions, Hamm said, the medical school has stepped up its commitment to the city since Hurricane Katrina. As a result, Tulane helped set up a new network of community clinics after Katrina, and today Tulane students, residents and faculty volunteer widely to aid the underserved.

At the time of the school’s founding, in 1834, New Orleans was the biggest city west of the Appalachian Mountains. Its population had tripled in the seven years after the 1803 Louisiana Purchase and was still climbing rapidly, as more Americans poured into the city.

The booming city was rife with dangers. Many seamen suffered grave injuries at its bustling international port. And a few years earlier, not far from the French Quarter, the workers digging the New Basin Canal were dying of cholera, malaria and yellow fever at startling rates—more than 8,000 would die by the time the waterway was completed.

The group of young physicians saw the city’s frequent injuries and swampy pestilence as a perfect laboratory for surgeons and medical students that was superior to other cities. “(A)n awareness of the peculiar disease[s] which prevail in this part of the Union cannot be made in Cincinnati and Philadelphia,” the doctors wrote in a notice published on the front page of The New Orleans Bee newspaper in September 1834. Through this notice, the physicians announced their decision to found a new medical school, which they called the Medical College of Louisiana.

There were a few other advantages to their chosen location, the doctors wrote, including low rent, with student lodging that came to roughly $25 a month, and ready access to thousands of patients at the city’s Charity Hospital.

Because the oldest of the school’s founding physicians was only 26, their notice in the Bee struck a youthfully optimistic tone, predicting their work would spur a local renaissance. “It will cause population to increase, agriculture to yield additional profits, trade and commerce to advance rapidly among us. In short, its operation will … put New Orleans in a short time on an equal footing in medical knowledge with New York and Philadelphia,” they wrote.

In some ways, their wildest dreams have materialized. The medical school’s first class was made up of 11 men. Today, the school’s number of yearly applicants has topped 11,000.

Tulane and the tricentennial
Tulane 2017: The year in review
Doctors to discuss sports injuries and how to prevent them
Welcome to the future of Tulane
Tulane holds health screening for former NFL players