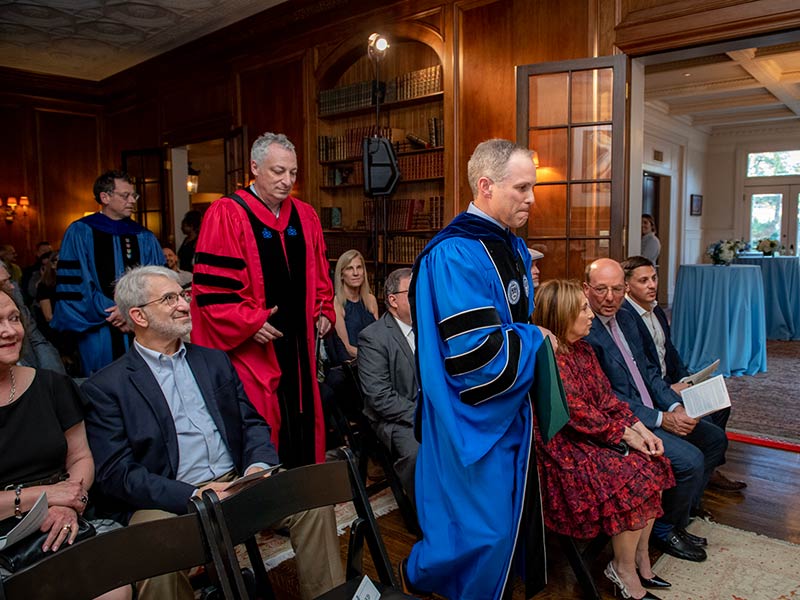 Michael Cohen, Provost Robin Forman and Dean Brian Edwards process at 2 Audubon Place during Cohen’s investiture as the Stuart and Suzanne Grant Chair in the American Jewish Experience. The event also honored the establishment of the Stuart and Suzanne Grant Center for the American Jewish Experience. (Photo by Paula Burch-Celentano)

Cohen also chairs the Department of Jewish Studies at the School of Liberal Arts, where he holds a Sizeler Family Professorship in Judaic Studies IV.

“The Center that I envisioned would contribute richness to the field of American Jewish studies by supporting experimentative, collaborative and interdisciplinary programs and research, would cross boundaries between academic spaces and the wider ecology of the Jewish world, and would engage students in meaningful ways that would prepare them to be leaders of the future,” he said.

At the investiture, President Michael A. Fitts spoke of Tulane’s longstanding connection to Judaism and of the positive impact of the Jewish community on the history of New Orleans.

“There’s no institution in the Gulf South better suited to enhance the scholarship and teaching of the rich history, diversity and bright future of the American Jewish experience – specifically, the Southern Jewish experience,” said Fitts.

Fitts lauded the generosity of Stuart and Suzanne Grant in establishing the chair and the center as a world-class hub for exploring the varied and diverse nature of the American Jewish experience at Tulane. The Grants are dedicated Tulanians as parents of Sam (SSE ’19), now a member of the U.S. Marine Corps. The couple are also members of Tulane’s National Campaign Council, and Suzanne Grant is a member of the Board of Tulane.

Along with Cohen and Fitts, Provost Robin Forman and School of Liberal Arts Dean Brian Edwards were on hand to celebrate the special moment and to express their gratitude to Stuart and Suzanne Grant for making such an impactful gift for the Department of Jewish Studies and the campus community as a whole. 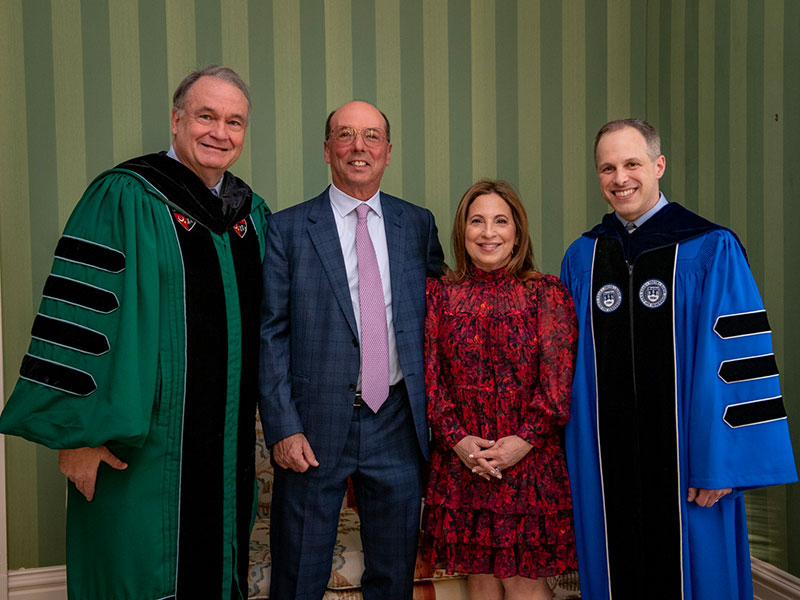