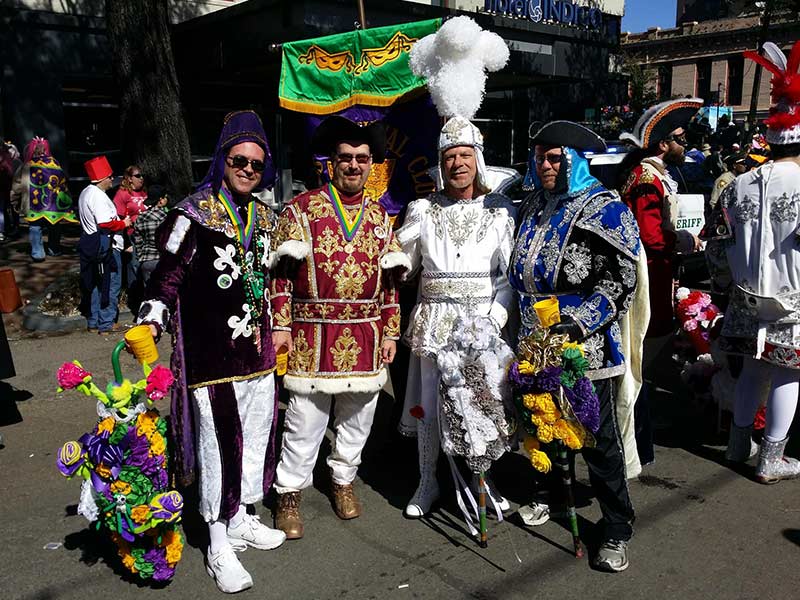 Throughout his childhood, Tulane University alumnus James Lien would spend Mardi Gras Day on the parade route, watching as the men of the local Lyons Carnival Club marched past roaring crowds lining the sidewalks and neutral ground. This year, Lien will play an integral part in the club’s 71-year tradition, leading the group down St. Charles Avenue to the beat of brass bands as grand marshal.

“It’s a great honor to be this year’s grand marshal. It’s a once in a lifetime opportunity,” said Lien, a 1988 graduate of the School of Liberal Arts.

The New Orleans native currently works as a library technician within the Electronic Resources Management Department of the Howard-Tilton Memorial Library.

“It’s a great honor to be this year’s grand marshal. It’s a once in a lifetime opportunity.”

A club member since 2000, Lien is the acting treasurer of the group.

“After becoming a club officer, I decided to do some research to find out more about what I was taking over,” he said.

Delving into the walking club’s unique history, he learned that the Lyons Carnival Club was founded by a group of World War II veterans seeking to start a new Mardi Gras marching club in 1946. He also discovered that one of the original founders was fellow Tulane alumnus Stanley C. Fitzpatrick.

A former cryptographer who was based in England during World War II, Fitzpatrick lived in the upstairs apartment located above the Lyons Street bar where the club was assembled. He later married the daughter of the bar’s owner and then pursued a career in education as assistant superintendent of New Orleans Public Schools.

The costumed procession of 100 men that Fitzpatrick helped create will continue this season, as the Lyons Carnival Club parades through uptown New Orleans on Mardi Gras Day, Tuesday, Feb. 28, at 7 a.m.