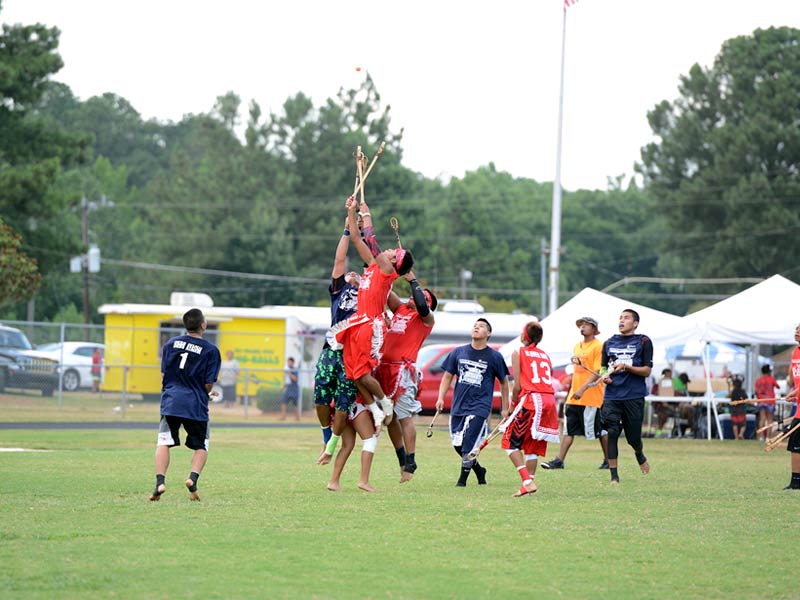 The New Orleans Center for the Gulf South at Tulane University (NOCGS) will host the 4th annual Tulane Gulf South Indigenous Studies Symposium titled “Sassafras, Stickball and Stories: Indigenous Cultures of the Gulf South” on Friday, March 18, and Saturday, March 19, from 8:30 a.m. to 5 p.m. in the Kendall Cram Lecture Hall in the Lavin-Bernick Center for University Life. The symposium will bring scholars, artists and practitioners from different backgrounds together for learning and collective contemplation. The keynote speaker this year is Andrew Jolivétte of the Atakapa-Ishak Nation and founding director of the Native American and Indigenous Studies Program at the University of California, San Diego. Jolivétte’s talk is titled, “Thrivance Circuitry: Queer Afro-Indigenous Futurity and Kinship through Wi hokišak kuš in Louisiana and Beyond.” The talk will take place on the second day of the symposium, March 19, at 1 p.m.

“This is a unique conference, in terms of being focused entirely on Indigenous issues of the Gulf South. In our era of dealing with climate change, pandemics, and environmental destruction, the voices of Indigenous people represent a witness to other ways of living, surviving, and thriving,” notes Program Committee member Jeffery Darensbourg of the Alligator Band of the Atakapa- Ishak Nation.

Over the course of two days, presenters from 13 regional tribes, universities and organizations will address the myriad ways Indigenous culture is expressed, practiced and endangered, through topics including Indigenous sports, food, storytelling and the plantation/petrochemical complex. Hurricane Ida recently made landfall in an area that is home to several Tribes and special consideration will be given to the impact of climate change on Indigenous communities.

On the first day of the symposium, LeAnne Howe of the Choctaw Nation of Oklahoma will present her research on Tribalography, while Leila K. Blackbird, adoptee of Apache and Cherokee descent, will analyze the relationship between settler colonialism and the plantation/petrochemical complex. Closing remarks will be given by Tulane Native American Studies Program Director Judith Maxwell.

The opening day symposium reception will take place at 5 p.m. on Friday, at the Newcomb Art Museum and will be held in honor of their current exhibit, “Core Memory: Louisiana Native American Basketry.”

The second day will include a discussion on Indigenous foodways with Chef Loretta Barrett Oden of the Citizen Potawatomi Nation and a language panel with Tunica Biloxi and Coushatta members. The Tulane Office of Undergraduate Admissions will host a tour and information session for Indigenous Prospective Students and families from 10 a.m. -  4 p.m. on Saturday, March 19. To view the full symposium schedule, click here. The symposium is free, but registration is required. To register, click here.

“In our region, with global issues that soon all coastal peoples will face, we must establish models to help us see and accept where we are and support us in being creative and respectful in our solutions,” said Rebecca Snedeker, the James H. Clark Executive Director of New Orleans Center for the Gulf South. “Listening to and learning from Indigenous peoples in our region is one way to deepen understandings of both the long durée and immediate power of this place.”

The Gulf region has always been a polyglot place where numerous people have arrived and settled, sometimes of their own volition and sometimes by force. Indigenous people have lived here continuously for centuries. We acknowledge that the land upon which the colonial city of New Orleans sits has been and is known as Balbancha. Balbancha is a Choctaw word for “a place of other languages” and was commonly used by many nations such as the Acolapissa, Bayagoula, Chitimacha, Choctaw, Biloxi, Houma and Tunica. The surrounding area along the Mississippi River has traditionally included the Natchez, the Taensas, and the Chawasha and Washa, among others. Tribes continued to come and trade on this land and also settled on the banks of Lake Pontchartrain (Choctaw) and along the waterways in Lafourche and Terrebonne (Chitimacha). There are several tribes who live in the region, including but not limited to, the Isle de Jean Charles Band of the Chitimacha, Choctaw, Biloxi Tribe, the United Houma Nation and Pointe-au-Chien Indian Tribe.

The event is organized and hosted by the New Orleans Center for the Gulf South at Tulane University, with support from The Office of the President, the School of Liberal Arts and the Department of Anthropology, the Center for Public Service, Newcomb Art Museum, Murphy Institute, Newcomb Institute, the Office of Undergraduate Admissions, and WWNO 89.9FM.