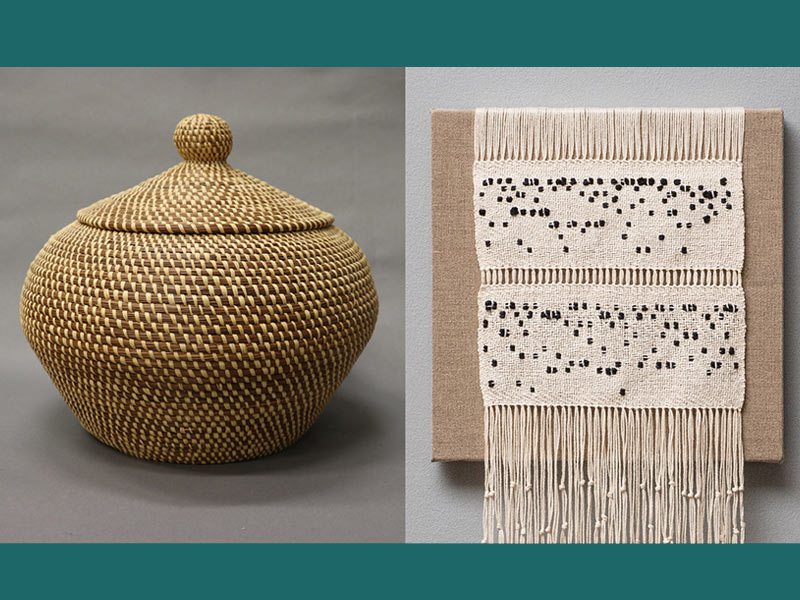 The Newcomb Art Museum of Tulane University is pleased to announce its exhibition season Core Memory, with two exhibitions Louisiana Native American Basketry and Encoded, which draw from the creative legacy of the H. Sophie Newcomb Memorial College and its prescient synthesis of art, craft and design to understand weaving technologies. The exhibitions are set to open Saturday, Feb. 19, and will be on view through June 25.

Featuring the work of more than 40 artists, Core Memory puts into conversation two modalities of weaving: Indigenous basketry and the emergent field of systems-based textiles. Core Memory explores disparate approaches toward media, tradition and composition — and investigates the animating forces within each artist’s creative practice. The exhibitions look at how information is remembered and how the handmade labor of weaving is a foundation for understanding machine logic. In the 135 works on view, artists deploy geometry and numerical systems of pattern in the process of creative expression.

The exhibition also features examples of core memory panels manufactured by hand in the mid-20th century. The first digital computers, developed at MIT in the 1940s, used magnetic core memory to read, write and store processed information in a binary language of zeros and ones. The pathway of communication for these early electronic components relied upon handwoven metal wiring and tedious manual assembly. Notably in the 1960s, women with expertise in New England’s textile mills also handwove the rope core memory containing software essential to the Apollo Guidance Computer.

A free public reception celebrating the opening of Core Memory will take place on Saturday, March 5, at the Newcomb Art Museum in the Woldenberg Art Center on Tulane’s uptown campus from 2 - 5 p.m.

The museum’s hours for the run of the exhibition will be Tuesday through Friday, from 10 a.m. to 5 p.m., Saturday and Sunday 11 a.m. to 4 p.m., and closed on Mondays. Additional information regarding exhibition events, public programs and holiday closures can be found at http://newcombartmuseum.tulane.edu.