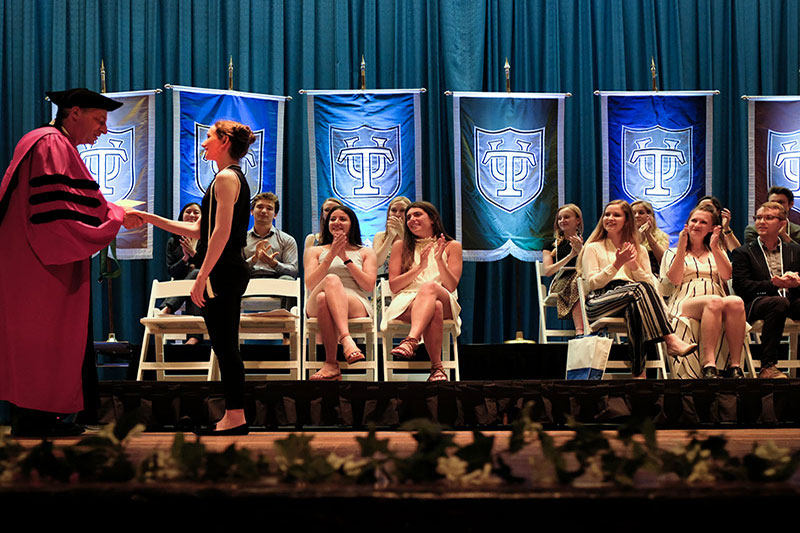 Newcomb-Tulane College has announced the William Wallace Peery Society Class of 2019, which is the university's top academic honor and recognizes exceptional seniors who set the standard for academic rigor among Tulane's undergraduate community.

The award, chosen by a select committee of professors and deans, was first presented in 1965 in namesake of Peery, a professor of English and dean of Tulane's College of Arts & Sciences from 1955 to 1964. Students awarded membership are academically high achieving, having earned among the highest cumulative grade point averages over the course of their undergraduate careers, and who have distinguished themselves through an honors thesis or equivalent accomplishment.

Often the youngest member of her advanced level and graduate courses, Horowitz, who graduated with a 3.974 GPA, stood out in class for her commitment to rigor and effort. She assisted associate professor of history Brian DeMare with his research on Chinese history, and as a junior, Horowitz was awarded the history department’s prestigious Charles Till Davis Prize for Excellence in European History. She authored both the prize-winning paper as well as the runner-up.

DeMare said that Horowitz “is an inquisitive and dedicated student...the finest undergraduate historian I have seen in my twelve years at Tulane.”

Yigit Akin, associate professor in the department of history, said “at the outset that of all the undergraduate students I have known throughout my entire teaching career, Sophia stands out as the most exceptional and brightest one.”

When reflecting on her success, Horowitz said, “I sought to broaden my perspective, to explore my interests, and to focus my skills as a historian. My most rewarding projects forced me to step out of my comfort zone as a scholar and confront a diverse set of perspectives.”

After receiving full scholarships for six top programs in Russian history, including Yale and Stanford, Horowitz will pursue her PhD in history at Harvard University.