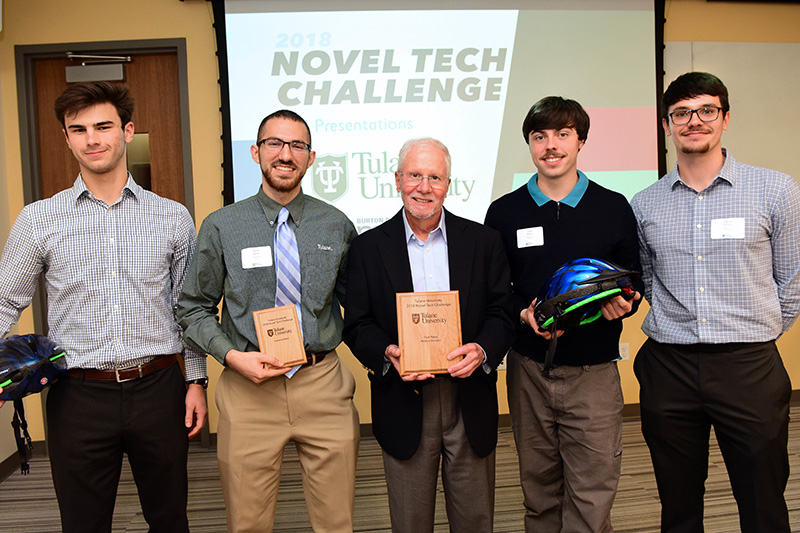 On Friday, April 13, nine student teams faced off for more than $20,000 in prizes during the final round of the fourth annual Novel Tech Challenge, funded by the Burton D. Morgan Foundation.

The challenge was organized through a collaboration between the School of Science and Engineering, the Albert Lepage Center for Entrepreneurship and Innovation and the Office of Technology Transfer and Intellectual Property Development.

Teams composed of undergraduate students, graduate students and doctoral candidates presented their prototypes to a panel of alumni judges in hopes of receiving funding for their technological projects.

“Shouldn’t safety of all things be convenient?”

Emeritus dean of science and engineering Nick Altiero presented the winners with checks and plaques engraved in the Tulane MakerSpace.

“One of the first things that we learned in medical school is how important blood pressure is as an indicator of overall patient health,” said McCarthy.

Jessica Motherwell and Nick Hodges scored the runner-up $4,000 prize in the competition’s experienced division for their product called MesoVue — a tissue on a chip device for preclinical drug screening.

“Riders don’t have a place to store their lock while riding and no means of securing their helmet when their bike is parked. Shouldn’t safety of all things be convenient?” asked Tulane second-year student Alex Todorovic.

The invention ultimately helped the team secure two prizes — $1,000 as the audience’s favorite project and the $5,000 first place prize in the competition’s novice division. 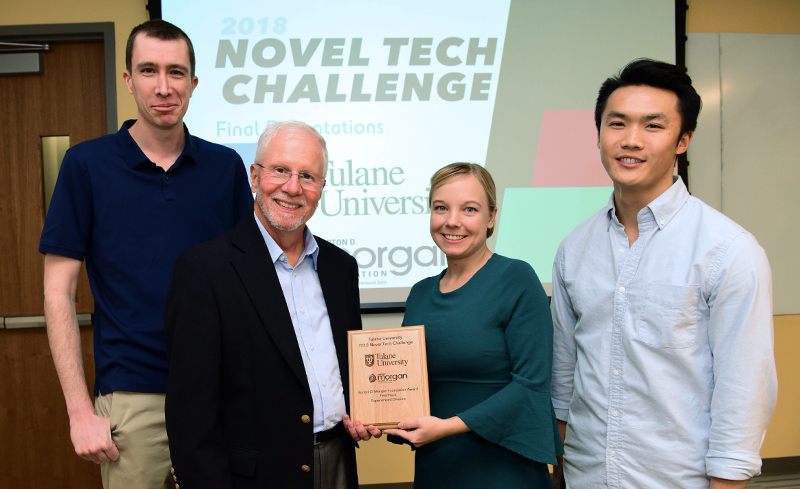 Members of team No Pressure, winners of the competition’s top prize of $10,000, pose with emeritus dean of science and engineering Nick Altiero. (Photo by Cheryl Gerber)