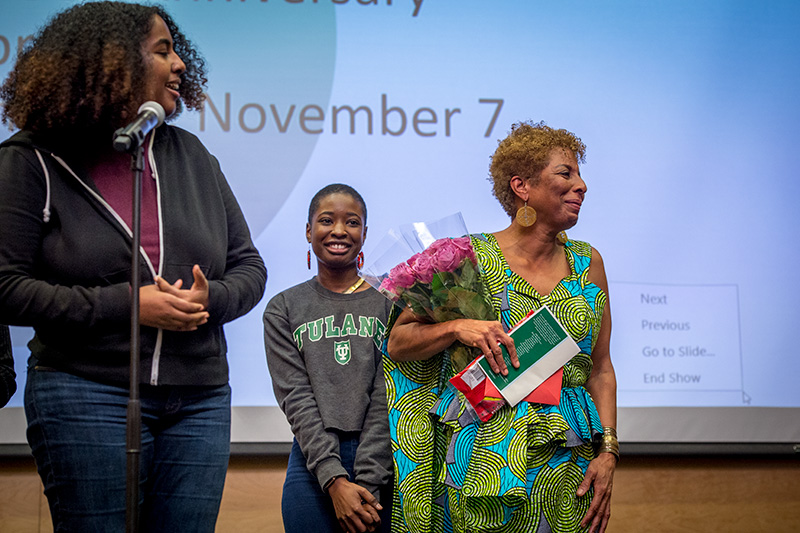 Carolyn Barber-Pierre, right, assistant vice president for multicultural life, is applauded for her work as founder and current director of the Office of Multicultural Affairs. (Photo by Paula Burch-Celentano)

Students, faculty and friends gathered in the Lavin-Bernick Center Wednesday, Nov. 7, to celebrate the 30th anniversary of the Office of Multicultural Affairs (The O) at Tulane University.

Carolyn Barber-Pierre, assistant vice president for multicultural life, beamed proudly from the podium as she addressed guests in the Kendall Cram lecture hall. Barber-Pierre is the founder and current director of The O.

“How far we’ve come since the inception of this office,” she said. “There are so many memories, experiences and people who we, as an office, have been fortunate enough to witness and are here to celebrate.”

“How far we’ve come since the inception of this office.”

“People from every walk of life should feel supported on campus,” said Fitts. “I’m committed to supporting The O and inclusion on campus.”

The celebration took a sentimental turn when Barber-Pierre’s colleagues, past and present students, and former college classmates began to share their memories about her efforts to improve the experience of students at Tulane.

Martha Sullivan, former vice president for student affairs, said the 30-year celebration of the Office of Multicultural Affairs was more like a celebration of  “30 years of Mrs. Carolyn’s tenacity.”

Others stressed the importance of The O in providing a supportive community. Alumna Kayla Jackson described the office as “a place where you leave feeling full of resilience.” Many students who spoke shared similar sentiments.

In response to the growth of The O and its programming, Dusty Porter, vice president for student affairs, announced that the office would be moving into a larger home on the first floor of Richardson Hall in 2019.

“It’s time to look ahead and share the next chapter of the Office of Multicultural Affairs and the Center for Academic Excellence,” said Porter.

Guests were treated to a performance by Casa Samba, a Brazilian dance group co-founded by Barber-Pierre and her husband, Curtis Pierre, and a second-line led by the One-Shot Brass Band. 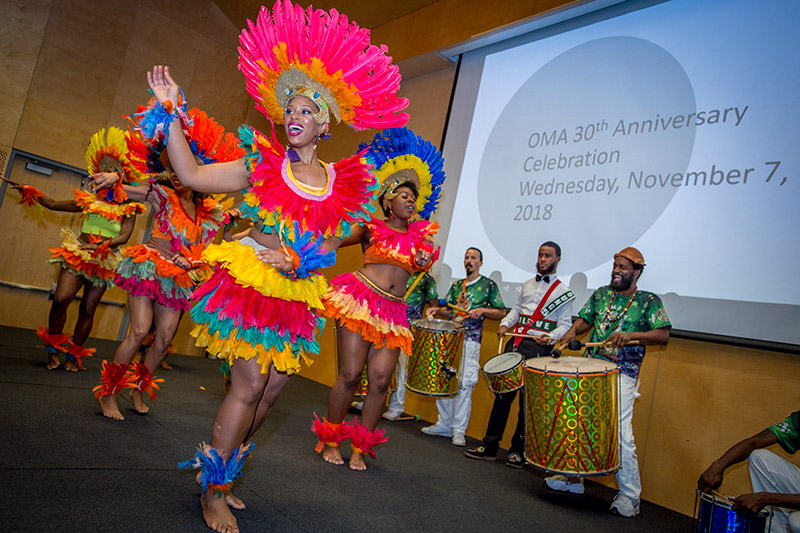