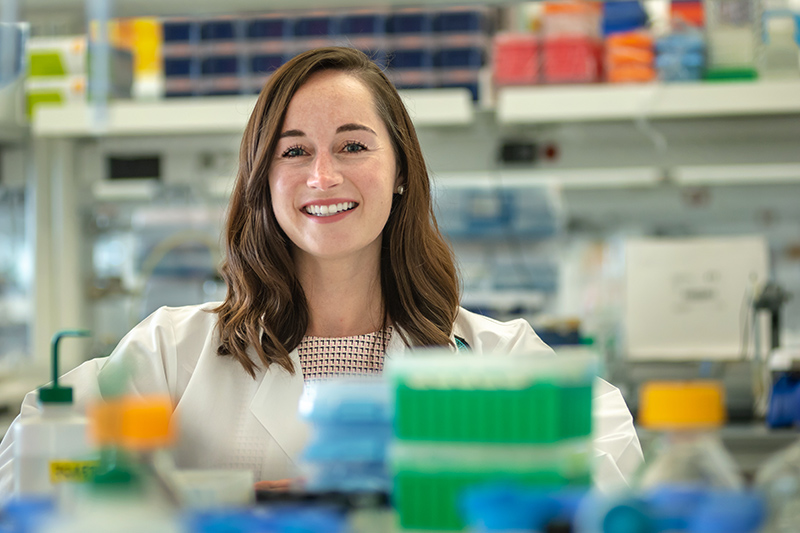 Dr. Sally Baker’s passion for sleuthing out — and preventing — infectious diseases started with a global epidemic.

She caught the bug in high school at the height of the severe acute respiratory syndrome (SARS) outbreak. While many reacted in fear about the potential spread of the viral illness from China, Baker was fascinated by the public health heroes charged with putting a stop to it.

“There were epidemiologists and physicians plastered all over the TV during that epidemic,” says Baker, who graduated with an MD/PhD from Tulane School of Medicine on May 18. “It was my first exposure to the idea that this could be a career working in something like infectious disease, and it took off from there.”

“I'd like to continue to do research that has the potential to have the largest impact and help as many people as possible.”

She was one of Tulane’s first public health undergrads (starting the semester Hurricane Katrina hit) and later earned a master of science at the London School of Hygiene and Tropical Medicine before joining Tulane’s newly launched MD/PhD physician-scientist program. After a combined 12 years at Tulane, Baker will head to the University of Washington to conduct her residency in internal medicine/infectious disease in one of the top programs in the country.

She’ll see patients for the first few years of residency, but her goal is to become a doctor who spends most of her time in the research lab. At Tulane under the mentorship of microbiologist Lisa Morici, Baker worked on a potential vaccine against Pseudomonas aeruginosa, a bacteria that infects immunocompromised people with cystic fibrosis or other lung diseases. The bacteria has the potential to develop resistance to current antibiotics.

It’s exactly the kind of case she hopes to one day solve as a future physician-scientist.

“I'd like to continue to do research that has the potential to have the largest impact and help as many people as possible.”