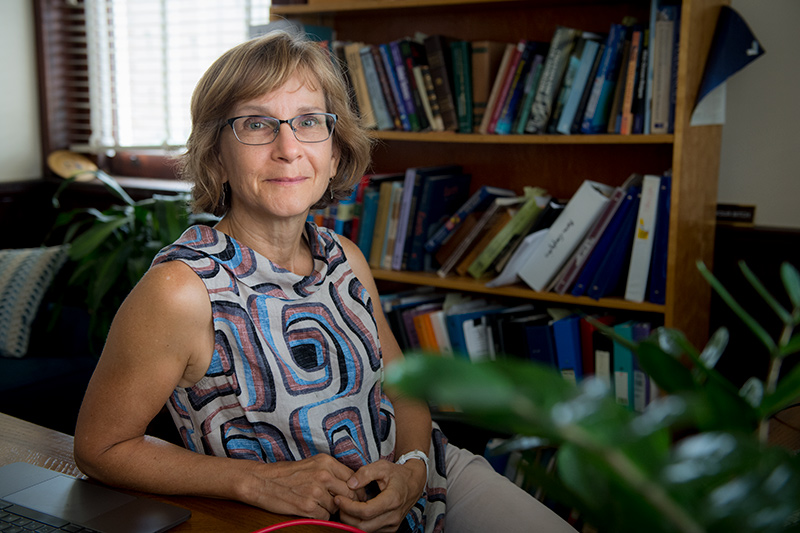 Cynthia Ebinger, holder of the Marshall-Heape Chair in Geology in the School of Science and Engineering at Tulane University, along with an international research team, recently published a paper on rock-magma interactions in the journal Tectonics. (Photo by Paula Burch-Celentano)

Near the eastern coast of Africa, a tectonic rift in Earth’s ancient crust is yielding clues about the effects of molten rock, or magma, on continental breakup.

Cynthia Ebinger, holder of the Marshall-Heape Chair in Geology in the School of Science and Engineering at Tulane University, studies tiny but critical changes in rock-magma interactions. She is the lead author on a review of existing geophysical data that measures magma in that region, on which she collaborated with an international team.

The paper was published in the journal Tectonics in December 2017, the first time a continent-scale evaluation has been published, she said.

“We’re doing this because it’s been a longstanding problem, and critical pieces now came together in this team effort.”

Magmatic intrusions into crust are a “sleeping hazard,” she said, that can form volcanoes or cause earthquakes anywhere, not just Africa.

“We study active rifting, and there’s not really a good example in North America where there’s also active volcanism,” Ebinger added. Underneath the surface, “there might be 10 times even 20 times as much [magmatic] material as what you see at the top or what comes out as lava flows.”

Volcanic eruptions can have disruptive or even crippling effects globally: Consider Eyjafjallajökull in Iceland, whose eruption over two months in 2010 started from a fissure and whose ash cloud stalled international airline travel.

Finding magmatic shifts also adds clues to what we know about the carbon cycle and climate change.

“The molten rock is the transfer process. It’s the vector that brings water and gases up to the surface,” possibly adding carbon to the atmosphere, Ebinger said.

Nonetheless, magmatic processes are very slow, Ebinger said, so slow that “change” may only amount to a matter of meters per year.

Ebinger’s work was funded by a National Science Foundation grant.

“We’re doing this because it’s been a longstanding problem,” she said, “and critical pieces now came together in this team effort.”