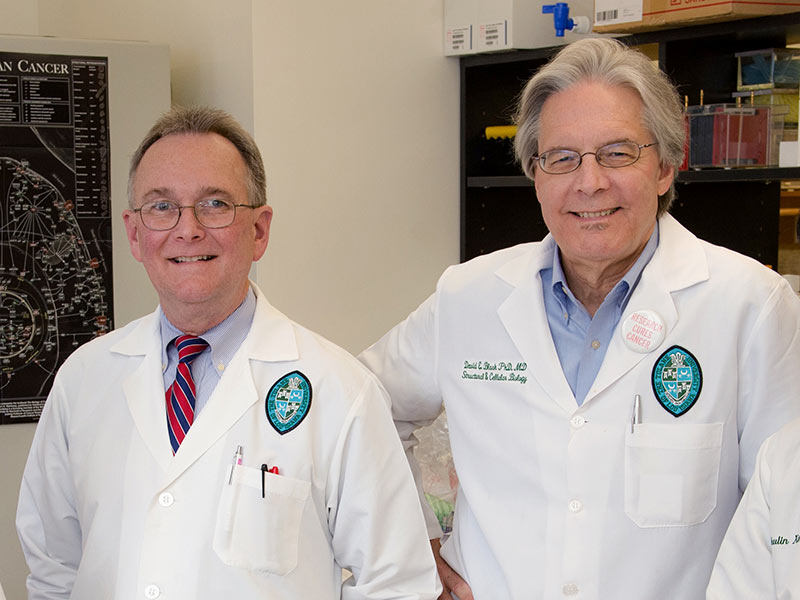 Tulane Center for Circadian Biology researchers Robert Dauchy and Dr. David Blask, co-director and director of Tulane’s Laboratory of Chrono-Neuroendocrine Oncology, are co-investigators on a three-year, $1.6 million Department of Energy grant to test the effects of daytime lighting on health. (Photo by Paula Burch-Celentano) 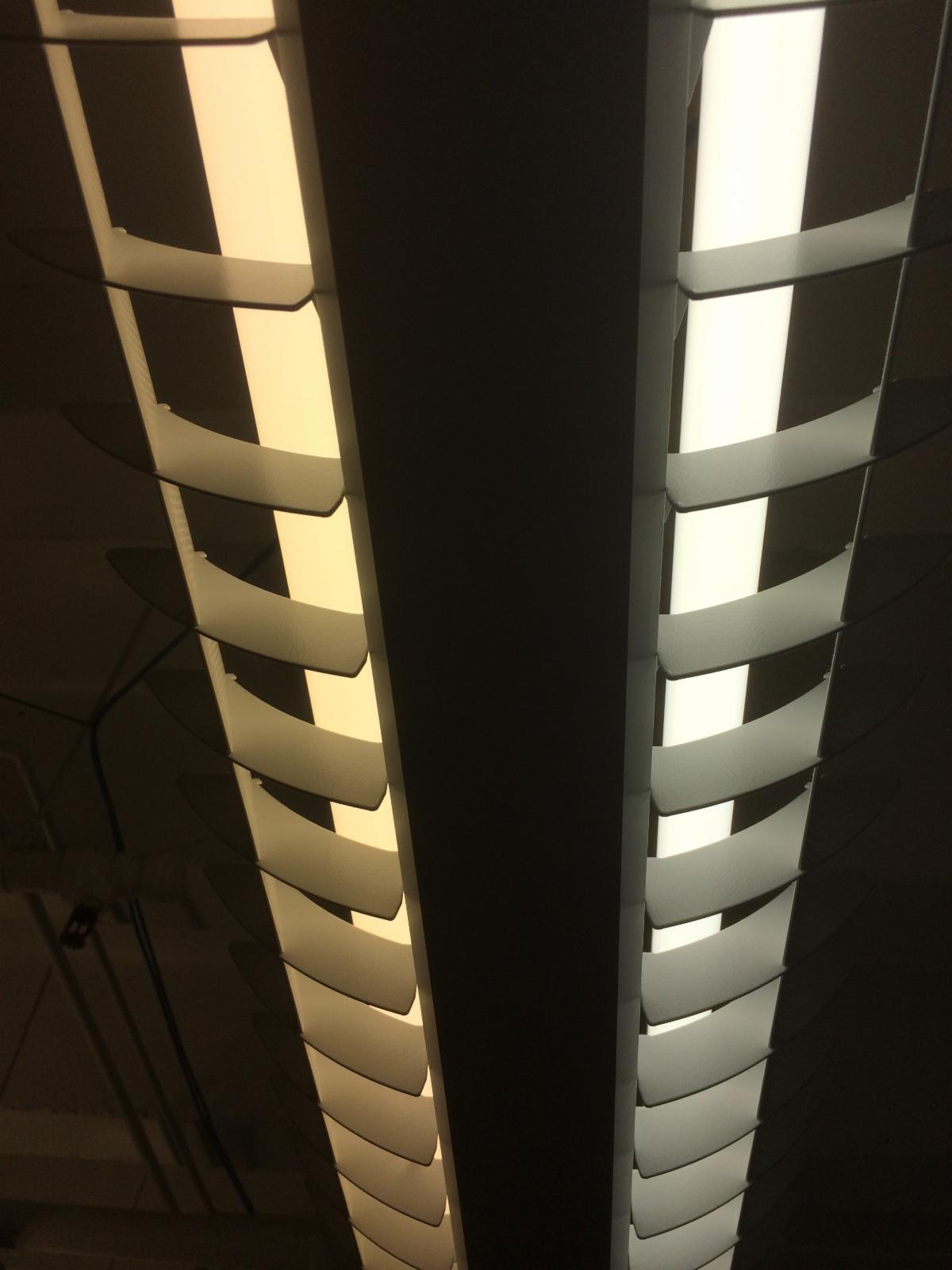 The light emitted from a Phillips state-of-the-art, solid state tunable blue-enriched LED light bulb during daytime may have more beneficial effects on health compared with a Phillips standard cool white fluorescent bulb. The standard fluorescent bulb is pictured at left and the blue-enriched bulb is at right. (Photo provided by the Laboratory of Chrono-Neuroendocrine Oncology)

Robert Dauchy and Dr. David Blask, co-director and director of Tulane’s Laboratory of Chrono-Neuroendocrine Oncology, are collaborating with colleagues at Thomas Jefferson University on a study that will examine how blue-enriched LED lighting compares with standard fluorescent lighting in measures of health such as sleep quality in humans.

“Preliminary data generated by experiments performed here at Tulane … helped to lay the groundwork for this grant,” said Blask, professor of structural and cellular biology and associate director of the TCCB.

Those studies — conducted by adjunct instructor Robert Dauchy — showed that mice living under lighting that is richer in blue wavelengths compared to those raised under typical cool white fluorescent light experienced significant beneficial impacts on their physiology and overall health.

“We here at Tulane were the first in the world to perform these experiments,” said Dauchy. “In the first study, we implanted immune-compromised rats with human prostate tumors and then placed them in either blue-tinted cages or standard clear cages,” said Dauchy.

Dauchy and his team exposed both populations to standard white fluorescent lighting. “What we saw was a huge amplification — six or seven times higher than we would normally see — in the melatonin signal in the animals in blue cages exposed to more blue wavelength light,” said Dauchy.

“The duration of the nighttime melatonin signal was also expanded by a few hours, resulting in a prolonged biological night,” said Blask. “This wasn’t merely a statistically significant amplification; it was monumental.”

Not only did melatonin production and duration increase, but Dauchy and Blask also saw a corresponding diminished growth and metabolism in the implanted tumors. “They were growing much more slowly in the experimental population as compared to controls, as if the animals had been treated with a melatonin supplement,” said Dauchy.

This study led to a second involving LED lighting and a critically important third.

“Bob’s pioneering animal studies on blue daytime LED light improving health and mitigating cancer growth, provided the driving force behind the current DOE grant,” said Blask. “This current project, in its simplest terms, is a human version of what Bob did with these animals.”

The new grant will use two rigorous studies to test whether daytime LED lighting that is richer in blue wavelengths and therefore more similar to the color spectrum found in natural daylight can improve measures of sleep, metabolism and overall health in human subjects.

“Our previous work has shown that exposure to light at night suppresses melatonin production, and under those circumstances tumors develop, grow, metabolize and metastasize faster,” Blask said. “Suppose we can expose cancer patients to blue light during the day to optimize their nighttime melatonin signal, which we know is a circadian anti-cancer signal that also improves overall body and cancer metabolism. We could potentially optimally tune — just by that manipulation — their circadian system such that the cancers grow and metabolize more slowly and have less propensity to metastasize.” This approach may also improve the cancer patient’s overall metabolic health.