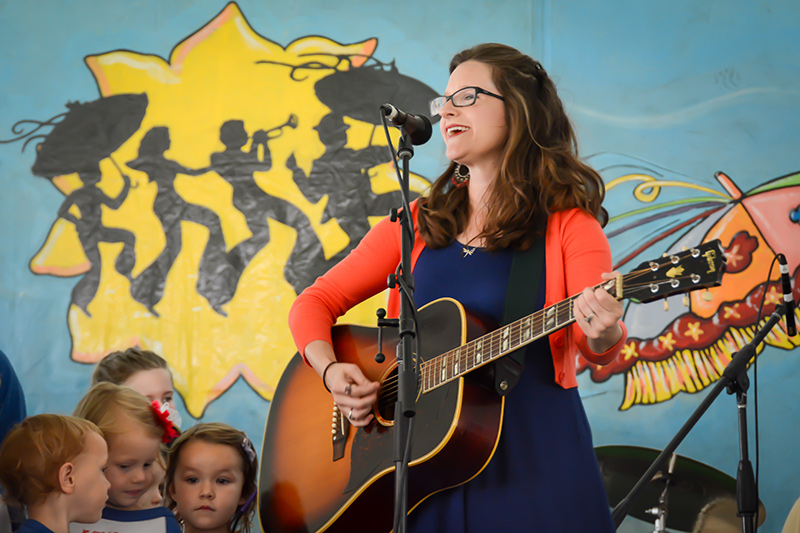 The New Wave staff has compiled this non-exhaustive list of Tulanians participating in the 2018 New Orleans Jazz and Heritage Festival based on submissions received from a call for festival performers and participants. Be sure to refer to the official Jazz Fest schedule to confirm dates and times of performance.

Who: Weiwei Xu will perform with the award-winning New Orleans flamenco company Micaela y Fiesta Flamenca on May 3.

Who: Julia Lang will perform with The Bayou Cloggers on May 6 and be one of two couples performing waltz and polka on May 4 with Glenn Hartman & The Earthtones. Fun fact: Lang appears in this year’s promotional video for Jazz Fest. She’s at the 20 second mark.

Who: Casey Love in the political science department, will be performing as a back up dancer with cabaret rapper Boyfriend on Saturday, May 5 on the Gentilly Stage.

Who: Pamela Johnson will perform Saturday, April 28, with the Archdiocese of New Orleans Gospel Choir in the Gospel Tent. Fun fact: This mass choir consist of choir members from various catholic church parishes.

Who: Yolanda Robinson-Thomas will perform at Jazz Fest on May 3 with Larry Sieberth; May 4 with Topsy Chapman & Solid Harmony and May 5 with w/ Gerald French & the Original Tuxedo Jazz Band. Fun Fact: Robinson sang “Do You Know What it Means to Miss New Orleans” alongside her mother Topsy Chapman during the 2017 commencement ceremony where she received a master’s degree in liberal arts.

Who: Several alumni, including Charlotte Travieso, Marly Sweeney, Michael Pierce and others, will perform with Shades of Praise: The New Orleans Interracial Gospel Choir on Friday, April 27 in the Gospel Tent.

Who: Katy Hobgood Ray will play with Confetti Park Players on Thursday, May 3 in the kids tent. Fun Fact: Confetti Park is a kid-friendly radio show and podcast featuring music and children’s stories from Louisiana.

Who: Tulane EMS will volunteer in the medical tents and with EMS field crews.

Who: Denise Crochet will serve as the accessibility coordinator for Jazz Fest, read more about her role using American Sign Language to translate music in next week’s New Wave!

Who: David Kunian, a 2013 Tulane grad, will interview Kim Wilson on the Alison Miner Heritage Stage on Saturday, April 28.

Who: Danny Albert, adjunct professor in the School of Professional Advancement will serve as Tent Captain for the WWOZ Hospitality Tent.

Who: Mark Rosenbaum, the first recipient of a Master of Fine Arts in glassblowing at Tulane, will show his work in the Contemporary Crafts Tent during the first weekend of the festival.

Who: Mitchell Gaudet, alumnus and owner of Studio Inferno, will show his work during the second weekend in the Contemporary Crafts Tent.

Who: Frank Relle, photographer and alumnus, will show his work during the second weekend.

Who: David Bode, Lizbeth Turner, and Larry Jones will perform with the New Leviathan Foxtrot Orchestra. Fun fact: Turner has played with the orchestra at Jazz Fest every year since 1978.

Who: LaQuay Frazier, a graduate student in the School of Professional Advancement, will play Saturday, May 5, with Corey Henry and the Treme Funktet.

Who: Ben Schenck will play clarinet with the Panorama Jazz Band on Sunday, April 29th. Fun Fact: The band was previously featured in New Wave.

Who: Jim Markway, director of applied music in the jazz program of the Music Department, will perform with the Bruce Daigrepont Cajun Band on May 4, the Dixie Cups on May 5 and the Pfister Sisters on May 6.

Who: Solomon Doyle will play with the Hot 8 Brass Band on Saturday, April 28. Fun Fact: He was featured in New Wave here.

Who: Jesse McBride presents the Next Generation on April 27 in the WWOZ Jazz tent. Fun Fact: Current students and alumni are part of the band.

Who: Alex McMurray will perform with the Tin Men on Saturday, April 28, in the Blues tent.

Who: Alex McMurray and His Band will play on Thursday, May 3 on the Gentilly Stage

Who: Trombone Shorty & Orleans Avenue will play Sunday, May 6, on the Acura Stage.

Who: Ellis Marsalis, honorary degree recipient will play on Sunday, May 6 at the WWOZ Jazz Tent.

Who: Denise Frazier will play violin with José Fermín and Merengue 4 on Sunday, May 6 at the Lagniappe Stage.

Who: Tulane alumnus and Galactic bassist Robert Mercurio performs Sunday, May 6 on the Acura Stage.

Who: Javier Olondo of the Tulane music department will play with his band on Sunday, May 6.

Who: Alumnus Adam Matasar will be playing the keyboards this Friday on the Congo Square stage with Batiste Fathers and Sons.

Who: Max Hass, a 2015 law school grad, will play bass during the second weekend of the festival with the Maggie Belle Band.

Missed someone? Let us know by emailing newwave@tulane.edu. 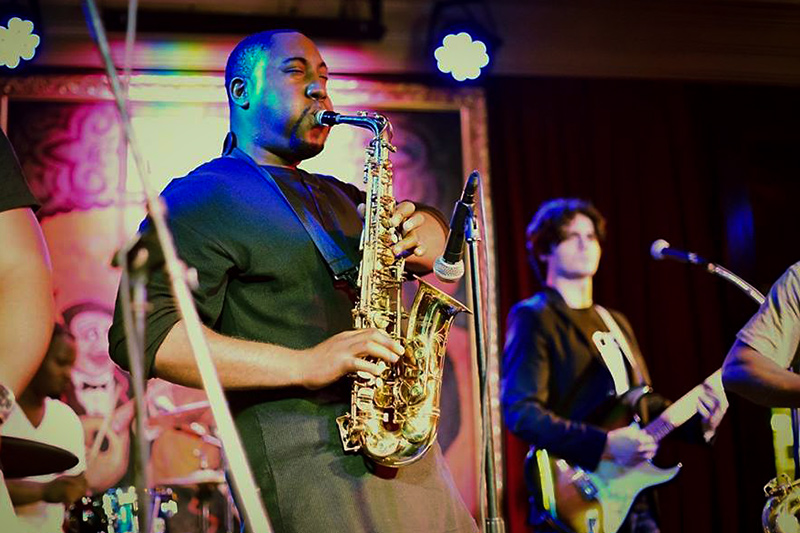 LaQuay Frazier, a graduate student in the Tulane School of Professional Advancement, will play Saturday, May 5, with Corey Henry and the Treme Funktet. (Photo from LaQuay Frazier)