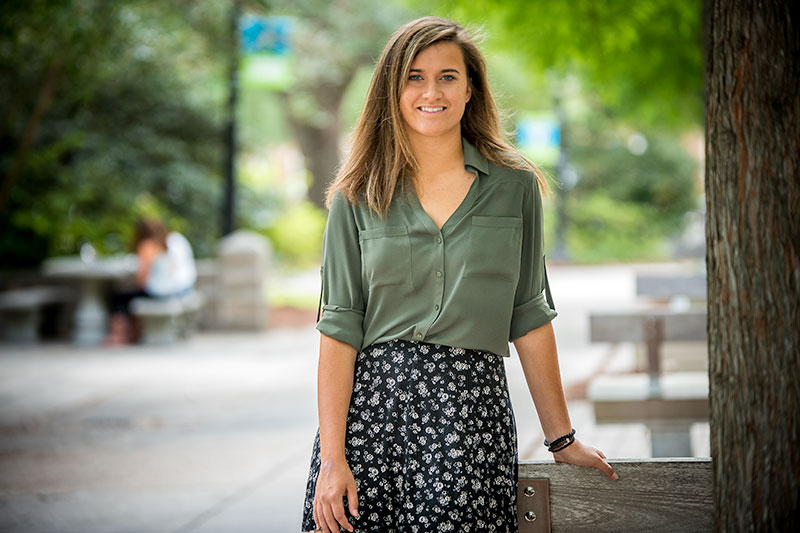 Hannah Hoover is one of 20 students selected nationally for the Beinecke Scholarship, which provides $34,000 for graduate school. (Photo by Ryan Rivet)

Hoover, an anthropology and classical studies major from Nashville, Tennessee, was one of 20 students selected for the Beinecke Scholarship, which provides $34,000 for graduate school.

Since 1975 the Beinecke Scholarships Program has selected more than 610 college juniors from 110 different undergraduate institutions for support during the graduate study.  The last Tulane student to receive a Beinecke Scholarship was Grace Harpster in 2010.

“The recognition for my research project and receiving the award has been absolutely phenomenal.”

Hoover’s graduate school focus will be in anthropology, including archaeology of the southeastern United States and the sites where the Spanish encountered Native Americans.

“I have been filling out applications and that has made me reflect on my time at Tulane, and it is awesome to receive such a prestigious scholarship,” Hoover said.  “But I think this also reflects on the great professors I’ve had during my time at Tulane.”

A native of Huntersville, North Carolina, Evans is a mathematics and computer science major and was one of 240 new Goldwater Scholars.  Tulane students Briley Bourgeois and Sierra Lear were named Goldwater honorable mentions.

Evans graduate school plans are to pursue pure math and study combinatorial topology.  For his Goldwater Scholarship application, he wrote a research proposal on contracting curves efficiently, which he plans to investigate further in his graduate studies.

“This is one of the coolest things that has happened to me.  The recognition for my research project and receiving the award has been absolutely phenomenal,” Evans said. 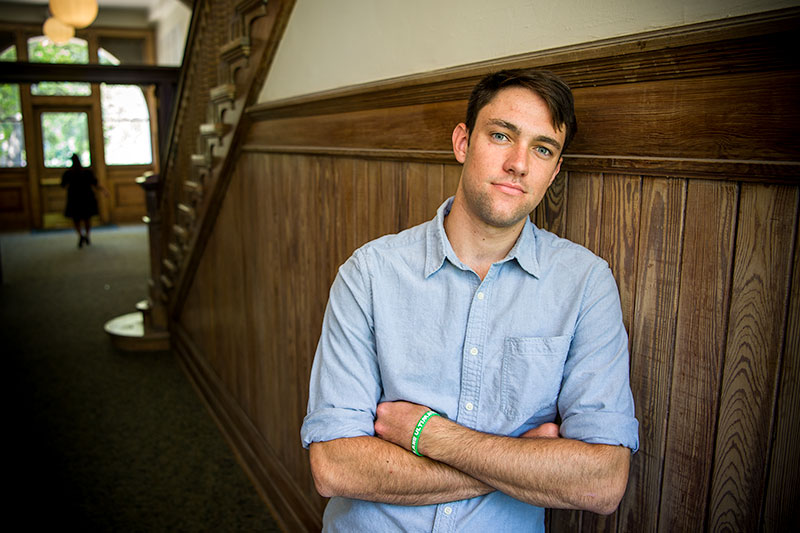 Parker Evans is a mathematics and computer science major who was named one of 240 new Goldwater Scholars. (Photo by Ryan Rivet)