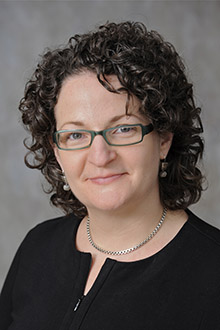 In addition to serving as a dean, Suri Duitch will be vice president for academic innovation at Tulane. (Photo from Suri Duitch)

Suri Duitch, who has an extensive academic career at the City University of New York, is the new dean of the Tulane University School of Continuing Studies. She joins Tulane on Aug. 15 as Rick Marksbury concludes a 20-year tenure as dean of the school.

Provost Michael Bernstein, who announced the appointment today (May 5), said in a message that Duitch will hold the additional title of vice president for academic innovation, assuming a leadership role in the development and deployment of new digital courseware and learning platforms for the university as a whole.

She joined CUNY, the nation’s largest urban public university system, in 2004. Since 2011, she has also served at CUNY as the deputy to the senior university dean for academic affairs.

Duitch has overseen continuing education, workforce development, adult literacy and language courses, programs for students on public assistance, several student employment initiatives and special projects, such as CUNY’s Early Childhood Professional Development Institute as well as its Creative Arts Team. The total annual enrollment in all these endeavors has been more than 250,000 students.

Prior to joining CUNY, she held policy and program oversight positions in New York City government agencies, and worked with nonprofits and private foundations to conduct research in areas such as the arts and economic development, children’s health services and nonprofit advocacy.

Duitch holds an MSW from Hunter College–CUNY, and a PhD in urban education from the CUNY Graduate Center.

As Marksbury concludes his tenure as dean of continuing studies, he plans to continue to teach in the Asian Studies Program of the School of Liberal Arts.