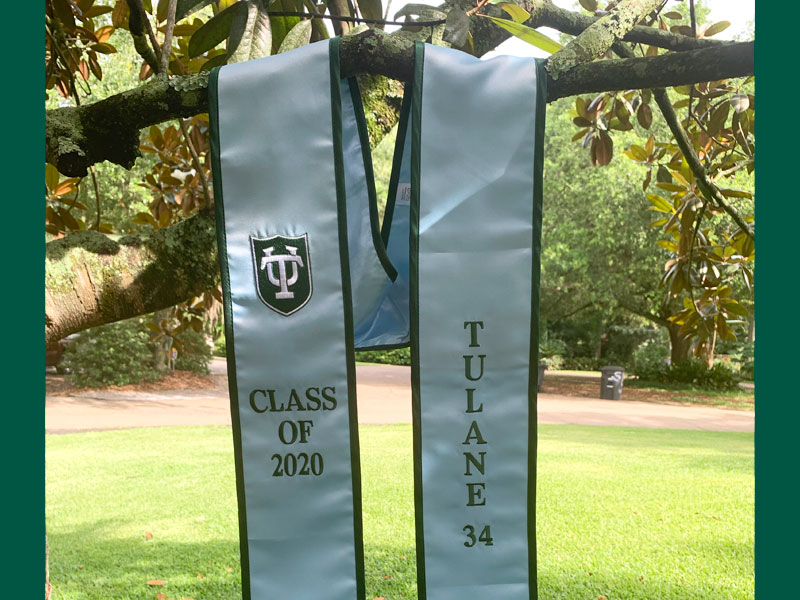 Tulane 34 Award recipients from the Class of 2020 received a stole in honor of the university-wide recognition. (Photo provided by the Office of Student Affairs)

Tulane University Office of Student Affairs recently bestowed the prestigious “Tulane 34” awards on 34 members of the Class of 2020.

Named for the year 1834, when the university was founded, Tulane 34 is among the most coveted university-wide honors that a graduate can receive.

Every year, the Tulane 34 Award is presented to 34 graduates who have distinguished themselves throughout their collegiate life at Tulane. Students can come from any school at Tulane and are recognized for their exemplary leadership, service and academic excellence.

This year’s award ceremony, held via Zoom, included a welcome from President Michael Fitts, who noted the difficult circumstances under which the Class of 2020 finished their educations.

“You have handled this transition magnificently,” he said. “I've been so proud of how Tulane University has responded; it's a reflection of the resilience, the character and the dedication of the entire community.”

Senior Vice President for Academic Affairs and Provost Robin Forman announced this year’s recipients, who include: