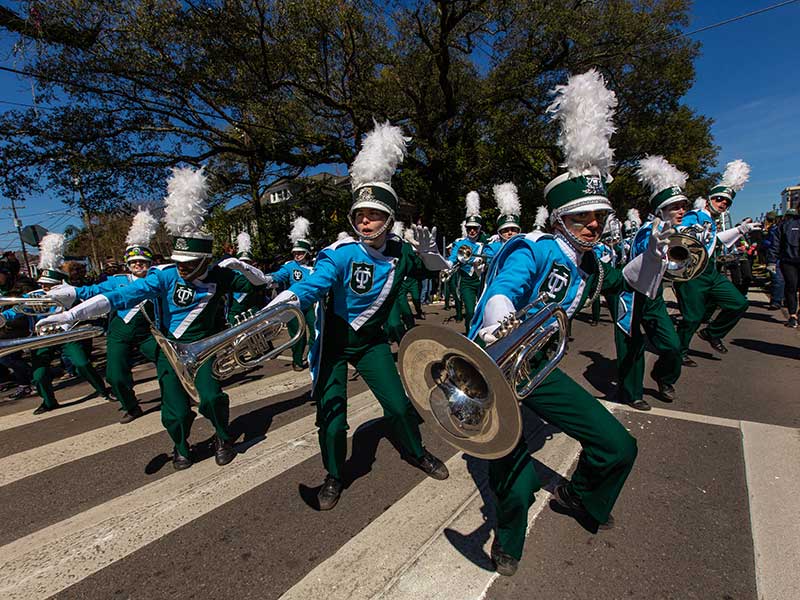 A return to Carnival parades means that the Tulane University Marching Band is returning to parade routes this season! Because this is the band’s first year marching since 2020, half of the membership — all freshmen and sophomores — will get their initiation into the sights and sounds of Mardi Gras while performing for hundreds of thousands of people, said Director of Bands Barry Spanier.

Band members have been putting in a lot of work for Carnival, rehearsing every Monday and Wednesday evening by marching through the Claiborne Avenue parking lot, learning music and choreography, and building strength and endurance.

This year, in addition to the traditional school songs and Carnival favorites, the band has a “sparkling new arrangement” of “Iko Iko” and has added two current pop songs to the repertoire: “Industry Baby” by Lil Nas X and “Freedom” by Jon Batiste. Fans should also watch for the marching unit’s new baton twirler, Lindsey Smith.

Check out the band’s appearances below. Roll Wave!