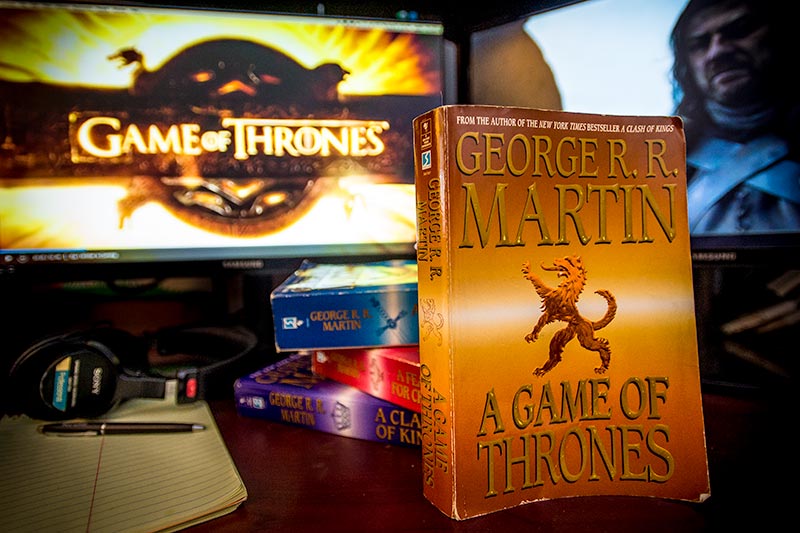 First-year students can take a new TIDES course based on the HBO TV series “Game of Thrones” during the fall 2016 semester. (Photo by Ryan Rivet)

One class of Tulane University students are Westeros bound thanks to a first-time course offered through the Tulane Interdisciplinary Experience Seminar program (TIDES). The new Game of Thrones-themed class is available for first-year students who love debating who is destined for The Iron Throne on the wildly popular HBO series.

The course is taught by Margaret M. Keenan, an adjunct lecturer in the Tulane School of Liberal Arts (SLA). Keenan is also a Tulane alumna and assistant director of the Center for Ethics and Public Affairs at The Murphy Institute.

But this isn’t a class for casual fans. Students are required to have watched the TV series through season five. Though students don’t have to read George R. R. Martin’s A Song of Ice and Fire novels, the series on which Game of Thrones is based, Keenan said about half the students enrolled have read them.

Keenan plans to have students explore a wide range of topics, including the role of violence and sexuality on the show, how women are depicted in roles of power, Martin’s obligation to quickly complete The Winds of Winter (the series’ forthcoming sixth novel) and how fans of his work are creating their own culture through fan art, wikis and conventions.

“The show is also now ahead of the books, which is fascinating,” said Keenan, adding that the class will also consider how the unique situation could affect the books’ story canon.

The course will additionally feature a talk from Marc Zender, an assistant professor in SLA’s department of anthropology, on the fictional languages of Dothraki and Valyrian.