Tulane dean’s book honored as one of world’s best 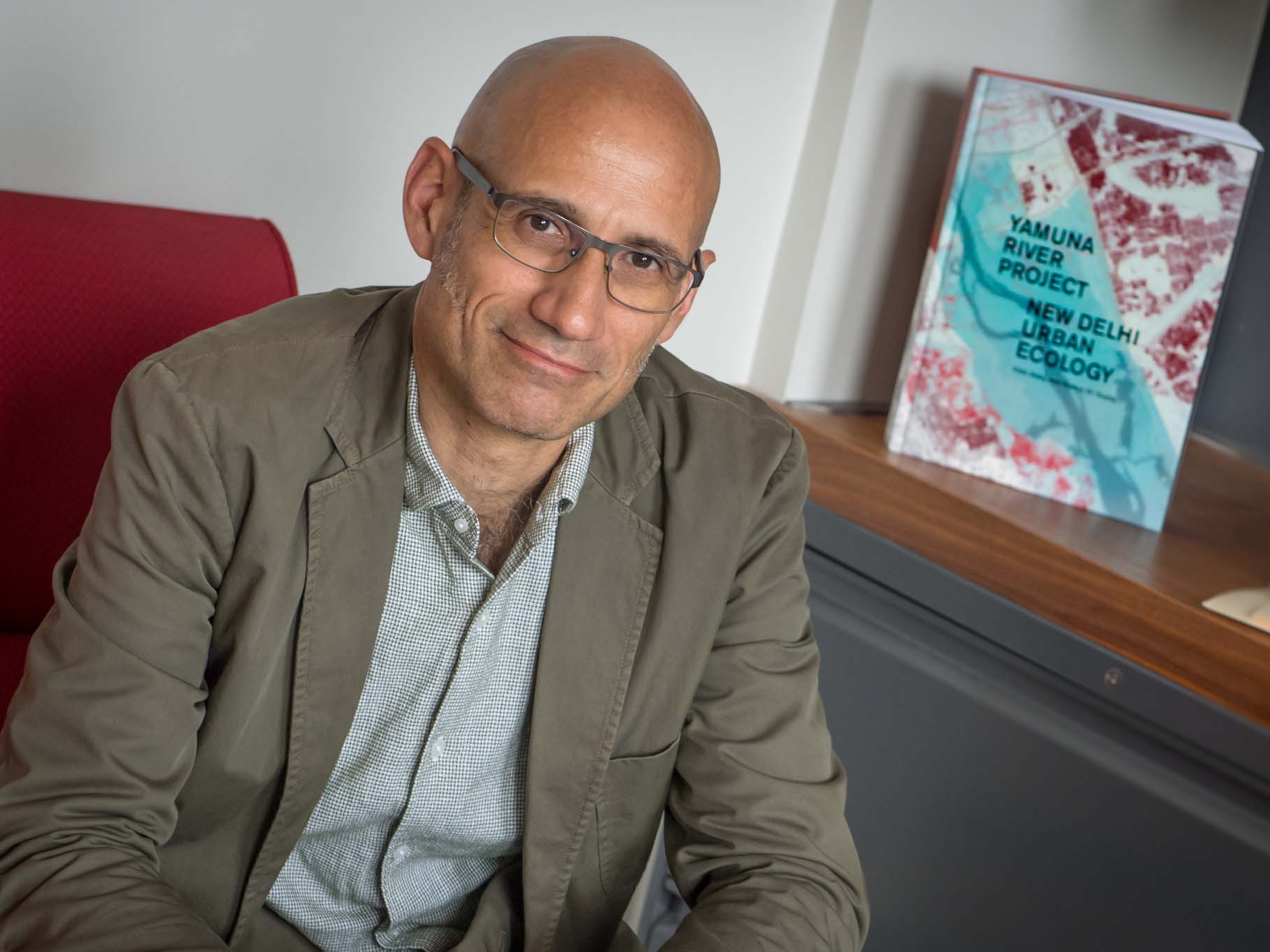 Iñaki Alday, dean of the Tulane University School of Architecture, is co-author of 'The Yamuna River Project.' (Photo by Sally Asher)

A book co-authored by Iñaki Alday, appointed dean of the Tulane University School of Architecture Aug. 1, has been named one of the world’s 10 best architectural books of 2018.

The award is among many honors and recognitions that Alday has received over the past 25 years. Others include the European Urban Public Space Prize, the FAD Prize of City and Landscape, the Garcia Mercadal Prize, the First Prize of Urban Integration and the AZ Awards for the best Landscape Architecture.

"The book can be used as a manual for research and development of scenarios for almost any urban complex problem."

The Yamuna River Project, New Delhi Urban Ecologies book is based on an interdisciplinary research program at UVA, where Alday was a professor of architecture and later chair of its School of Architecture from 2011 to 2016. The program proposes to revitalize the ecology of the Yamuna River in New Delhi and create vital urban links with the river as it flows through India’s capital city.

The prize is the only one of its kind to recognize the world’s best architectural books, and The Yamuna River Project was one of 10 out of 238 entries to be honored. The expert judges based their choices on such criteria as design, content, quality of material, innovation and topic.

“After five years of work, the award produces great satisfaction,” Alday said. “We have been successful in translating enormous urban complexity as well as scientific, humanities and design research to the limitation of pages of paper in fixed order.”

As one of the most rapidly urbanizing cities in the developing world, New Delhi confronts enormous challenges of urban and social equity at a time of profound economic and climatic uncertainty. As a result, the citizens of the world’s largest democracy live amid extreme environmental degradation, from toxic air to septic waters.

Alday said the situation is indicative of complex urban problems that need a holistic and multidisciplinary approach.

The Yamuna River Project aims to help the city of New Delhi and its stakeholders reimagine and transform the sacred, yet polluted, Yamuna River by offering a research-based solution for dysfunctional river-city environments.

“The main message is about the urgency of tackling the most critical urban dilemmas without preconceptions and without the limitation of a particular discipline or field of knowledge,” Alday said. “The book offers an innovative research methodology focused in multidisciplinary collaboration and shows how the most apparently far away approaches are able to be conjoined and produce innovation.”

The International DAM Architectural Book Award is among many honors that Alday has received over the past 25 years. Others include the European Urban Public Space Prize, the FAD Prize of City and Landscape, the Garcia Mercadal Prize, the First Prize of Urban Integration and the AZ Awards for the best Landscape Architecture.

With his partner Margarita Jover, an associate professor of architecture at Tulane, Alday is founder and principal of aldayjover architecture and landscape, which is known for its approach to the relationship between cities and rivers as well as for the urban and civic integration of “hybrid infrastructures” that include both natural and built elements. The firm is responsible for numerous landscape works in Spain, including Aranzadi Park, the Water Park and the Recovering of the Gallego River Waterfronts.