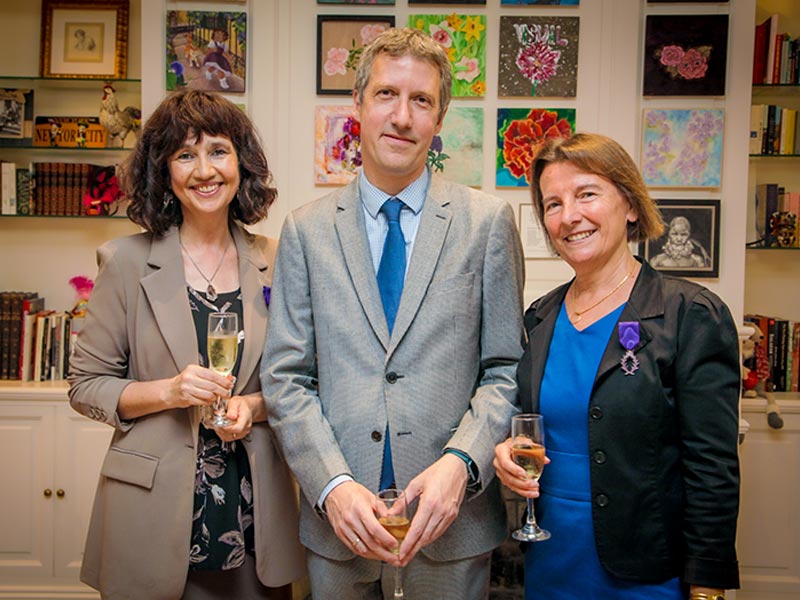 Annette Sojic (left), professor in the Department of French and Italian and director of the Professional French Program at Tulane, and Dauphine Sloan (right), professor and undergraduate adviser in the Department of Political Science, were inducted into the Order of the French Academic Palms at a ceremony this month. Pictured middle is Vincent Sciama, consul general of France in Louisiana. (Photo courtesy of Audoin de Vergnette, Press Attaché, Consulate General of France in New Orleans). 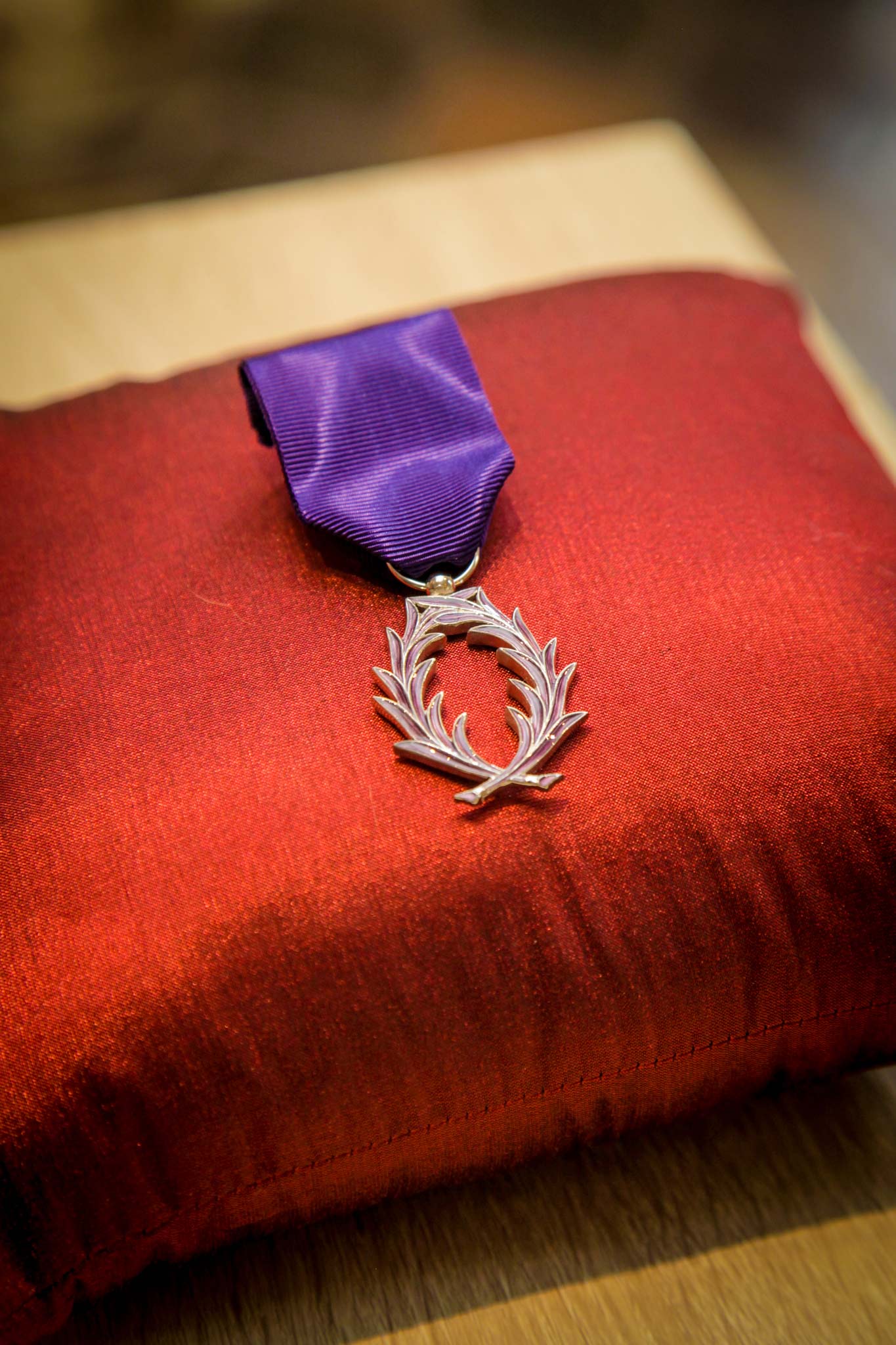 The French Academic Palms were founded by Napoleon Bonaparte in 1808 to honor educators and is the oldest non-military French decoration. This distinction was initially awarded to outstanding members of the university community. Today, it recognizes the significant contributions of teachers through their teaching, scholarship, and leadership over the course of their careers. It is also bestowed upon a select group of individuals who, though not members of academia, have demonstrated outstanding devotion to the French language and culture. The French Academic Palmes are awarded by the Prime Minister of France, upon the recommendation of the Minister of Education.

Dauphine de Montlaur Sloan is a senior professor of practice and undergraduate adviser in the Department of Political Science at Tulane. The French Academic Palms have been awarded to de Montlaur Sloan in recognition of her dedication to higher education in political science and the French language, as well as her commitment to the promotion of the francophone world and French culture. Examples of such include creating a course on “Development in the Francophone World,” taught in French at Tulane since 2011 and participating in the organization of a large exhibit of her father’s work — French artist and D-Day hero Guy de Montlaur — at the World War II Museum in 2019.

Annette Sojic is a senior professor of practice in the Department of French and Italian. She is also the director of the Professional French Program at Tulane. Sojic was awarded the French Academic Palms in recognition of her dedication to higher education in French, through teaching and leadership, as well as through her involvement in multiple service-learning projects. Among these is her current collaborative translation project, which is designed to benefit French immersion programs in the U.S. and addresses the critical issue of lack of pedagogical materials in French. The aim of the project is to translate the U.S. Social Studies K-12 curriculum into French and provide free access to it through publication on the Louisiana Department of Education’s official website.

The investiture ceremony for de Montlaur Sloan and Sojic took place on May 17, and it was presided over by Vincent Sciama, consul general of France in Louisiana.